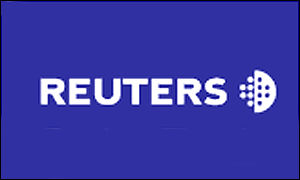 Azerbaijan accused arch rival Armenia on Tuesday of killing five Azeri soldiers near their border in a second day of violence that U.S. Secretary of State Hillary Clinton warned could turn into a broader regional conflict.

A day earlier, three Armenian soldiers were killed and several soldiers on both sides wounded in a border skirmish.

“A group of saboteurs from Armenia undertook an attempt to infiltrate a position of the Azeri armed forces … In the course of battle four Azeri soldiers died,” Azerbaijan’s Defence Ministry said in a statement.

Clinton, who visited Armenia on Monday, voiced concern that the violence could lead to a “broader conflict”. She is due to make a half-day trip to Muslim, oil-producing Azerbaijan on Wednesday.

Azeri Foreign Minister Elmar Mamedyarov told journalists he would discuss the violence with Armenia’s foreign minister at a meeting in Paris on June 18.

War between ethnic Azeris and Armenians erupted in 1991 over the mostly Armenian Nagorno-Karabakh region, which broke away from Muslim Azerbaijan with the backing of Christian Armenia as the Soviet Union collapsed.

The latest incidents, however, took place more than 400 kms (250 miles) from Nagorno-Karabakh, where sporadic violence still flares along a ceasefire line negotiated in 1994.

Some 30,000 people were killed in the Nagorno-Karabakh conflict and about 1 million became refugees, the majority in Azerbaijan.

In the last few years there have been skirmishes around the Nagorno-Karabakh ceasefire line and the two countries’ border, raising fears of a return to full-blown conflict in the South Caucasus, where vital oil and natural gas flow from the Caspian region to Europe.

Efforts to reach a permanent settlement of the Nagorno-Karabakh conflict have failed, despite mediation led by France, Russia and the United States. (Reporting By Lada Yevgrashina; Writing by Thomas Grove; Editing by Tim Pearce)