Trade secrets of oldest family firm in US 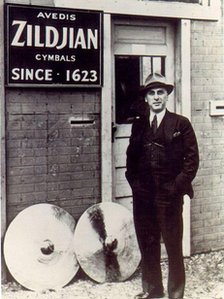 Avedis Zildjian, who emigrated from Turkey to the US

Nearly 400 years ago, in 1623, Avedis Zildjian founded a cymbal-manufacturing company in Istanbul.

Now run by 14th generation family member Craigie Zildjian, along with her sister Debbie, the company has outlasted empires, survived a move overseas to the US, and thrived during the economic turmoil of the Great Depression and two World Wars.

Today, the company controls 65% of the world’s cymbal market, and took in more than $50m in revenues last year.

But for the Zildjians, it’s more than just a business.

Walking through the halls of the Zildjian factory in Norwell, Massachusetts, is like getting a front row seat to music history.

The hallways are lined with photos of famous drummers such as Ringo Starr and Roy Haynes. Jazz drummer Buddy Rich’s drum kit is preserved in full.

Drummers of all stripes often arrive to test the Zildjians’ latest cymbals – there’s even a special pressurised room that can re-create the acoustics of concert venues around the country.

Yet musicians are a fickle bunch, and the music industry is constantly in flux.

So what are the Zildjians’ secrets to staying in business for nearly four centuries?

First off, there’s the literal secret – the special alloy of copper, tin, and silver that gives the Zildjian cymbals their world-renowned sound. 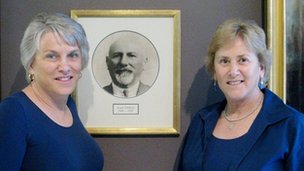 It’s a proprietary mix that Avedis Zildjian brought over with him from Turkey and handed down from generation to generation of Zildjians – and only to Zildjians.

At the Norwell factory, there’s a special room that only a few people have access to, where the alloy is mixed by a trusted handful – even the company’s head of research and development doesn’t know what goes into the mix.

Craigie and Debbie weren’t trusted with the secret until they were in their mid-30s and deemed sufficiently committed to the company – and they, too, have decided to keep the secret from their daughters for a few more years.

But beyond the legend, there are other tricks and best practices that the Zildjians say have allowed them to keep the business in the family.

Every Zildjian who wants to work in the family business must get a college degree, preferably in business. They also must intern while in high school or college, to get a taste of the company’s standards. 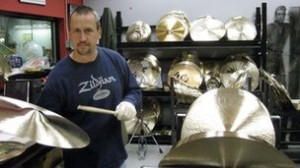 Zildjian makes its cymbals from a secret blend of metals

But come graduation, don’t expect a job with the company right away, say Craigie and Debbie.

Another rule requires family members to work elsewhere to get experience outside the company.

Even once they join the company, as Debbie’s daughter Cady recently did, strict rules ensure that a family member never reports to another. This, says Craigie, is simply just best practice – family business or not.

Beyond that, though, there are a few quirky rules that the sisters have instituted.

“One of the things we’ve always done is we have never had spouses involved in the business,” says Debbie Zildjian.

She jokingly adds another rule: “We’ve always encouraged our daughters not to get involved with musicians, especially drummers.”

There are more than 20 million family businesses in America, contributing an estimated $5.9tn to the US economy annually, and employing more than half of the country’s workforce. 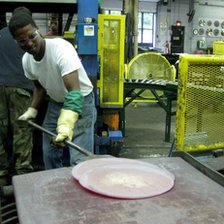 Zildjian produces all its cymbals at US factories

Globally, family businesses are extremely prevalent, and contribute an estimated 70% to global GDP, according to the Family Firm Institute.

Yet despite their prevalence – or perhaps because of it – very few family businesses last more than three generations. Those that do, however, make up the lion’s share of some of the world’s oldest companies.

“Only about 16% of all companies that are started last a full generation,” says Harvard Business School Professor John Davis.

“Most companies that have a good life for a while don’t make it very long. But of those that do survive beyond one generation most of those are family companies.”

Still, family businesses in the US tend to be criticised for not focusing on shareholders and quarterly profits. To a certain extent, the Zildjians say that’s true.

“That’s one of the advantages of a privately-held business, whether it’s a family business or not,” says Craigie Zildjian. “You’re allowed to think long term.
You don’t have to play to the market.”

“It’s our name,” adds Debbie, who says it’s not just profits that matter, but business reputation and identity.

While Zildjian cymbals have been adapted to suit everyone from Ottoman sultans to the Beatles, their most trying days may be ahead.

Electronic music presents a test for the company, whose business model is based on acoustic music. To compete, the Zildjians recently introduced a line of electronic cymbals.

While the move may seem odd to some observers, Debbie and Craigie cite the company’s history of risk taking.

“[The famous jazz drummer] Gene Krupa told Avedis to make thinner cymbals,” says Craigie. “That was the emergence of the drum kit as we know it today. They had to adapt the cymbals to the kit.