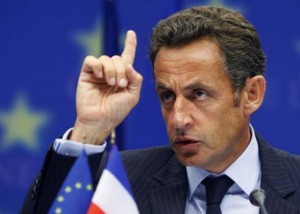 PARIS, France (A.W.)—French President Nicolas Sarkozy has asked the government to prepare a new law criminalizing genocide denial. The call came less than an hour after the French Constitutional Council issued a statement announcing its ruling of the Jan. 23 bill—aimed at penalizing the denial of genocides—unconstitutional, arguing that it would curb freedom of speech.

The bill would have rendered punishable the denial of genocides France has officially recognized, including the Armenian Genocide. France already has a law in place penalizing Holocaust denial.

Turkey welcomed the ruling. Foreign Minister Ahmet Davutoglu said that officials would meet to consider reestablishing contacts with France, which were frozen after the French Parliament passed the bill on Jan. 23, reported Reuters.