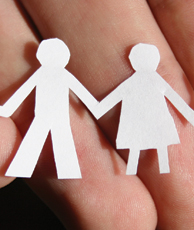 Armenia has formally asked the Organization for Security and Cooperation in Europe to monitor its upcoming parliamentary elections, the head of the OSCE office in Yerevan, Andrey Sorokin, said on Thursday.

Sorokin said a letter of invitation signed by Prime Minister Tigran Sarkisian has been sent to the OSCE’s Office for Democratic Institutions and Human Rights (ODIHR).

In anticipation of such an invitation, two ODIHR officials visited Yerevan last month on a “needs assessment mission.” They met with senior government officials, political party leaders and civic campaigners to discuss preparations for the May 6 vote and practical modalities of its observation by the OSCE.

Sorokin told a news conference that the Warsaw-based OSCE division plans to deploy 250 short-term and 24 long-term observers in Armenia. The first group of OSCE/ODIHR monitors will arrive in Yerevan next week, he said. “I hope that their assessments will be positive,” the Russian diplomat added.

A similar number of monitors from OSCE member states were deployed during Armenia’s previous presidential and parliamentary elections. Their findings were crucial for the international legitimacy of those polls.

Onno Simons, the acting head of the European Union Delegation to Armenia, stressed on Thursday that their proper conduct is essential for the future of Yerevan’s relations with the EU that are developing under Eastern Partnership program. “In the theoretical case that things go badly, Armenia would not be able to claim more for more [from the EU,]” he warned. “That’s obvious.”

The Armenian elections were on the agenda of President Serzh Sarkisian’s talks with EU leaders in Brussels last week. Jose Manuel Barroso, the president of the European Commission, said he was “reassured” by Sarkisian’s pledges to ensure that they are “held in accordance with democratic international standards.”

The EU hopes to contribute to the freedom and fairness of the vote with a $2.2 million grant provided to the OSCE office in Yerevan. A large part of this money will be channeled into the Armenian human rights ombudsman Karen Andreasian’s office.

Under an agreement signed by Andreasian and Sorokin on Thursday, the ombudsman will open six regional offices and a telephone hotmail to rapidly respond to election-related violations reported by citizens.