On 23rd June, 2017, the death was announced of the British Armenian Community elder, Mr Hampartsoum Boghosian.   Mr Boghosian had been a highly respected and dedicated member of the community and had served in many committees, and in particular for many years as a member of the St Yeghiche ( previously known as St Peters) Armenian Community Church Committee.  He will be sorely missed by the Community.  May he rest in peace.  In Memorian in Armenian follows: 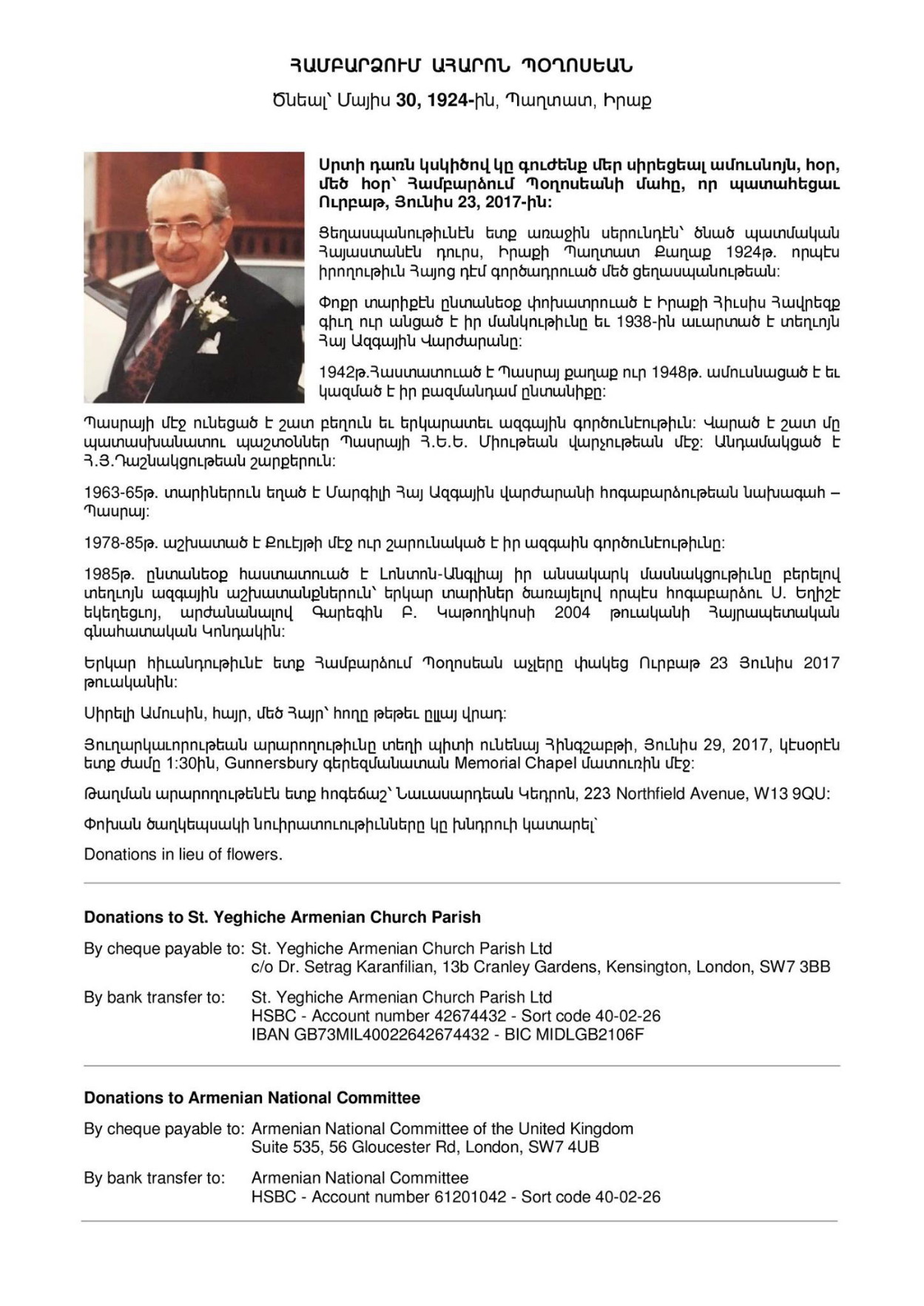