iDitord or every citizen is an observer: Modern technologies to spur fair elections in Armenia

Ahead of the forthcoming parliamentary election in Armenia for the first time an online platform has been created for reporting and registering election violations – voters can make calls and report any violation, send SMS, photographs and video.

The Transparency International and Media Diversity Institute NGOs are implementing a joint iDitord (iObserver) project and in early April will launch the iditord.org website.

According to the project coordinators, the main goal is to help hold free, fair and transparent elections in Armenia through public control over voting processes. 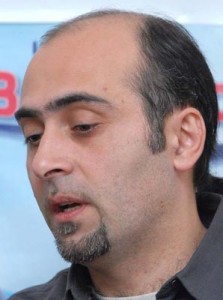 “The iDitord project has been worked out based on the Ushahidi open source online tool created in 2007 during the presidential election in Kenya to give a complete picture of violations of rights,” says project coordinator Samvel Martirosyan. The IT and technological security expert adds that the project has been used in many other countries to monitor electoral processes.

The project has been created for large masses of people and due to that, project coordinators say, every citizen can be an observer, and people can use hotlines to report violations, or text messaging, twitter, or any other online communication means.

Calls and messages will be reflected on interactive maps, making it possible to picture and sort out the violations by types, report sources, reliability, etc..

“The most interesting feature of this project is that not only that violations are reported by text messages or photos, which is not a new practice, but that they are placed on a map showing where, which province, which town and the amount of violations, respectively,” says Martirosyan.

Another coordinator Marine Manucharyan says the received information will be filtered to a possible extent, all the messages will be checked and verified, except for spam, and placed in designated categories on the website.

“Since new technologies, and especially internet, have widely spread in Armenia over the past few years and are largely favored and used by the youth, this is the right time to make use of it to get an alternative picture,” she says.

The project will be launched the same day the pre-election campaign officially starts.

“This is a project that would help to not only establish public control over the polls on election day, but is also designed to oversee the campaign, that is, for reporting vote buying practices, unequal broadcast time by media, and others,” says Manucharyan.

A 15-member group will work on the project – coordinators, designers, programmers, professionals responsible for different stages of the project. Experts supervising the website give assurances that it has a higher-than-average protection level, and believe it will work smoothly.

From March 26 to April 10, as many as 11 workshops will be held for media representatives, NGOs, civil initiatives, and also for active citizens, to introduce the website’s technical features and functionalities, as well as the whats and hows on reporting and registering violations.