On the 26th of September 2014 the Syrian Armenian Emergency Relief Fund under the auspices of Armenian Community Council organised a Quiz Night at the Navasartian Centre in order to raise money for Armenians affected by the ongoing Civil war in Syria. 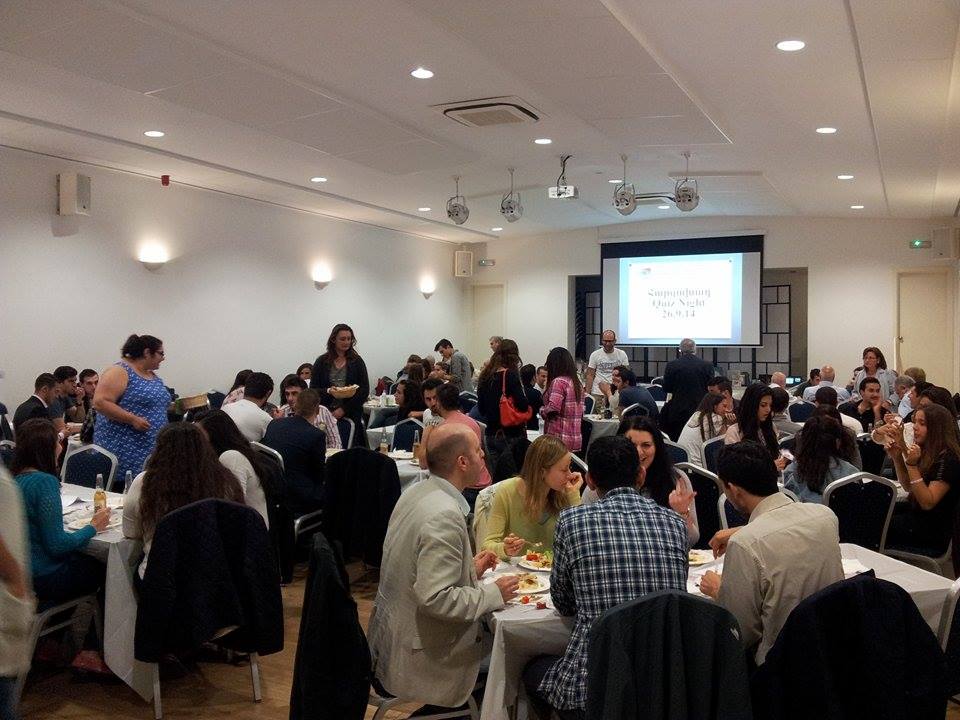 I have to confess I have been to more Charity events in the Diaspora than I have had hot dinners (well, almost), but this Quiz Night turned out to be pretty special. I was expecting to see a large number of middle aged and elderly Armenians as usual, but not this time: the Quiz Night at the Navasartian Centre was merely run by young Armenians under 35. And I have to admit those energetic and buzzing young people made everyone including myself very welcome; the atmosphere was overwhelmingly warm, the food, generously donated by London based restaurant Massis and other generous donors, was delicious, the Quiz questions as well as the Prize draw that followed were utterly entertaining and all held in an affable and jovial ambiance. 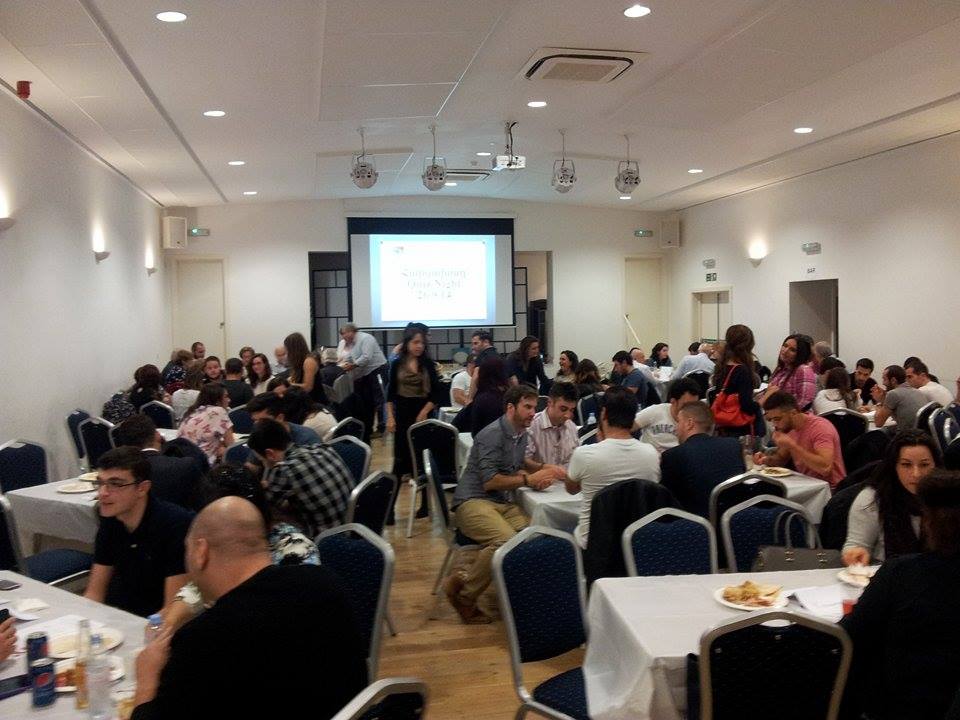 I was placed in a friendly group of young Armenian students and new graduates: an engineering student, an economist, a newly graduated lawyer, an Armenian-Canadian PhD student, and two delightful sisters, both amateur dancers. First I felt awkward and definitely too old, as they were almost the same age as my older son! Nevertheless, after a short while, they not only made me feel at ease in their youthful company, but also made me feel extremely proud there was such a robust generation of Armenians growing in this cosmopolitan city of London. Born in the UK, studying, working and living thousands of miles away from the homeland of their ancestors, those young Armenians impressed me with their genuine patriotism, their deep knowledge of Armenian culture and language, and above all, their desire to help and support Armenians in hardship caught up in the Civil War in Syria. 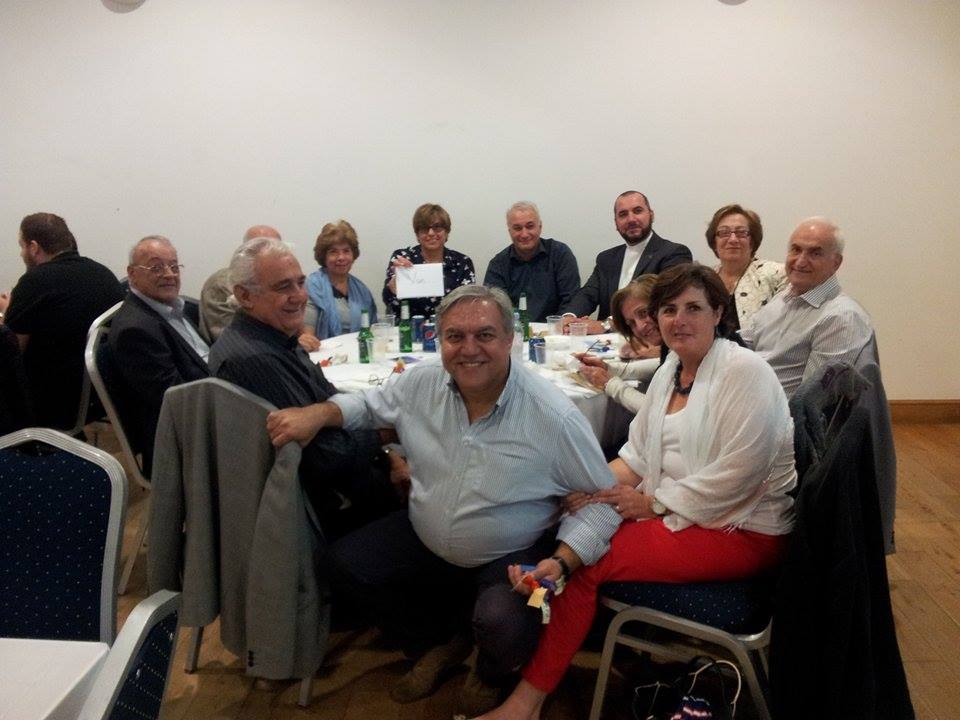 During the evening, Father Aren of St Yegishe Chuch in London, welcomed the Community members and thanked them for supporting such a devastating human crisis, which has caused death and destruction of thousands of innocent lives, including of Armenians living in Syria for many decades after the 1915 Armenian Genocide. Following on, Father Aren mentioned the importance of the Armenian Church in safeguarding Armenian identity and continuity. He invited everyone, and particularly the young generation to attend St Yeghiche Church on Cranley Gardens, Kensington, more often adding humorously, that “if you do not come, be sure, I will come to you!”

The success of this well organised event was due to the organising committee under the energetic leadership of Alenoosh Avanesian Artin, who chaired the evening with infectious zest. I asked her how she managed to involve and engage so many young people, and Alenoosh admitted that she is a keen user of Social Media, and finds it the most efficient way of communicating with the generation under 30. 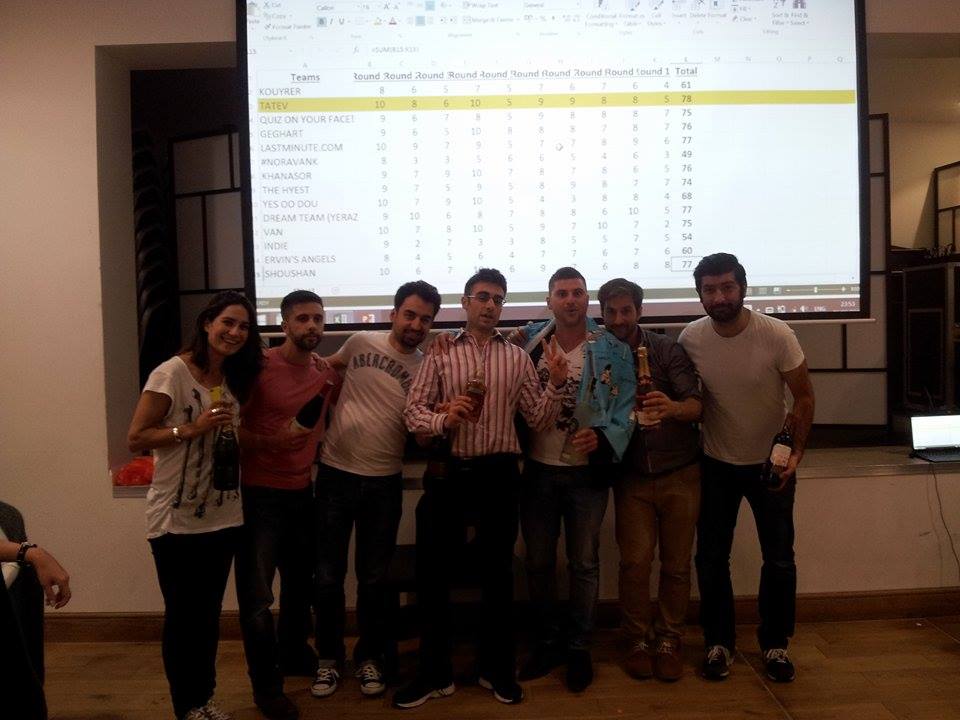 After the distribution of gifts and announcing the winners of the Quiz Night, the evening ended in a joyful and heart-warming atmosphere, all participants, including myself, felt the same emotion of sharing that powerful and enduring Armenian identity and values that Father Aren mentioned earlier in the evening.