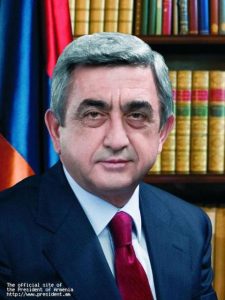 A former Soviet republic lying in the Caucasus region, straddling Asia and Europe, Armenia is the only country remaining from 3,000 year old maps of Anatolia. Armenia has an ancient and rich culture. It became the world’s first Christian country more than 1,700 years ago in 301 AD, and has a large Diaspora all over the world. Armenia is very easy to experience, thanks to its very hospitable people.

Landlocked, Armenia is bordered by Turkey to the west, Georgia to the north, Iran to the south, Azerbaijan to the east. The many mountains and mountain valleys create a great number of micro climates, with scenery changing from arid to lush forest at the top of a mountain ridge.

Armenia is one of the easier countries of the Caucasus to visit; there are lots of road signs in English and tourists are welcome and the Country is safe and well-organised.

Since 2001, when Armenia celebrated the 1,700th anniversary of the nation’s conversion to Christianity, the growth in the number of tourists has grown by about 25% every year. Straddling Europe and Asia in the lesser Caucasus Mountains, with a culture over 3,000 years old and examples of ancient architecture and art all over the countryside, this beautiful country offers something exotic for many tourists.

Armenian history extends for over 3,000 years and Armenians have historically inhabited the “Armenian Highlands”, a vast section of mountains and valleys across eastern Anatolia – the Mount Ararat plains –  and the Southern Caucasus.

Armenia has a population of about 3,000,000 with an extremely high proportion of literacy.  The portion of the population which is within working age brackets is educated to high European standards and is an excellent potential workforce for any international employer wishing to establish a branch in Armenia as a gateway to the expansive markets of the East and North-East. 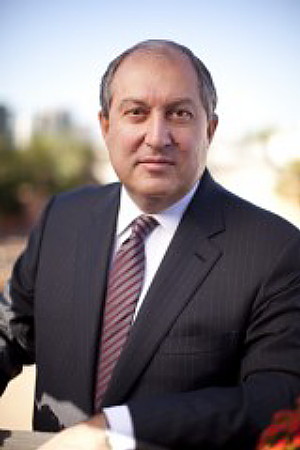 Dr Sarkissian was appointed Ambassador to the United Kingdom and Northern Ireland, for a third term, by the President of the Republic of Armenia on the 27th of September, 2013.

He also served as Special Advisor to the President of the European Bank for Reconstruction and Development (EBRD) and as a Governor of the EBRD from 1999-2000. In 2000 Dr. Sarkissian established the Eurasia Research Program at the Judge Institute of Management, University of Cambridge. He is founding President and Chairman of Eurasia House International in London, which fosters critical dialogue and cooperation among political and business leaders and is involved in bridge-building between the West and the vast geographic space extending from Eastern Europe to Russia, to CIS and China.Dr. Sarkissian is Senior Executive Advisor to the Board of Directors and Chairman of Alcatel, the French telecom giant.

He is Senior Advisor to the Chairman of BP.

He is also Senior Advisor to the CEO and the Board of Directors of Bekaert (Belgium), one of the largest steel companies in the world; member of the Board of Brazil Invest, a large investment group in Central America; Chairman of Cambridge Pharmaceuticals, a UK-based medical and health systems company; and is a Board member of Rosy Blue (Belgium). He holds honorary and executive positions in numerous international organizations, including Member of the Board of Directors of East West Institute; Advisory Board Member of the Kennedy School of Government, Harvard University; IREX, Editorial Board Member of Russia in Global Politics (a foreign affairs journal); and Honorary Senior Research Fellow at the School of Mathematical Sciences, Queen Mary & Westfield College, London University.

In 1997 His Holiness Pope John Paul II bestowed the Saint Gregory the Great Award to Dr Sarkissian.  In 2008 he received the highest Honour in the Armenian Church, the St Gregory the Illuminator Medal from His Holiness Karekin II, the Catholicos and Supreme Patriarch of All Armenians.

Embassy of the Republic of Armenia
25a, Cheniston Gardens
Kensington
London W8 6TG