YEREVAN—Armenian Olympic medal winners returned home to Armenia Wednesday night and upon arrival at Zvartnots International Airport they were greeted by throngs of relatives and sports enthusiasts who treated them like national heroes.

Silver medalist Arsen Julfalakyan and bronze medalists Hripsime Khurshudyan and Artur Aleksanyan were greeted by warm cheers and flowers, while some enthusiasts carried the athletes elevating them in victory

This year at the 2012 London Olympics, Armenia participated with 25 athletes in nine Olympic sports. In the Track and Field competition, Armenia was represented by four athletes, and Boxing, Gymnastics, Shooting, and Tae Kwon Do, each had one Armenian athlete. Judo and Swimming had two Armenian athletes while Weightlifting included six athletes.

Armenia ended the Olympics ranking 52nd among the 204 countries participating, finishing ahead of countries such as Belgium, Finland, Greece, and Portugal. 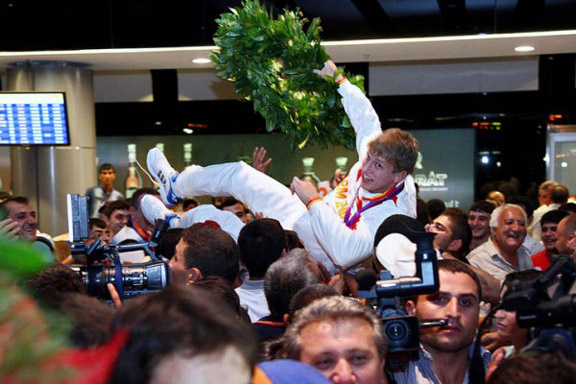 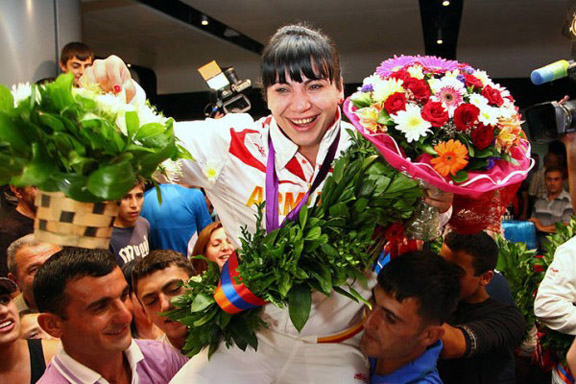 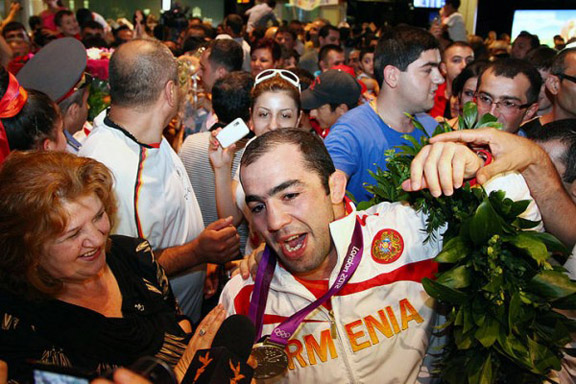