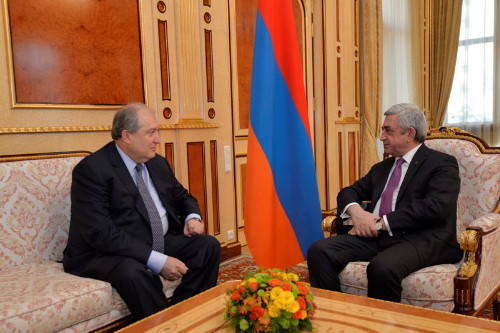 The Republican Party of Armenia has nominated Armenia’s Ambassador to the United Kingdom,
Dr. Armen Sarkissian as presidential candidate. The Party made the decision at the sitting of the
Executive Body on Thursday.

Today Armen Sarkissian had a meeting with President Serzh Sargsyan.

“I think the fourth President of the Republic of Armenia should be a skilled and bright individual.
He should be able to organize dialogue between different political forces and different layers of
society to mitigate tensions, if needed, President Sargsyan said at the meeting.

President Sargsyan said it would be desirable for the fourth President to be elected with broad
consent among political forces. 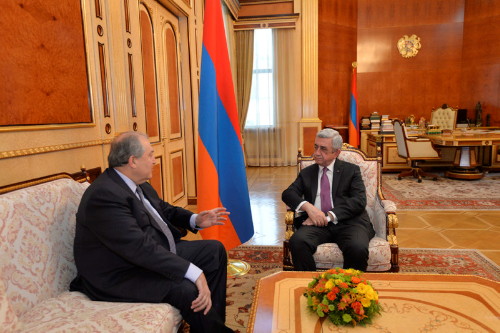 Armen Sarkissian, in turn, expressed gratitude to President Serzh Sargsyan and the Republican
Party of Armenia for the trust, adding that the proposal is an honor to him.

Armen Sarkissian said he would also like to meet with the leadership of Artsakh and Diaspora
representatives.

He said he needs time to make a final decision.

Born in Yerevan on June 23, 1951, Armen Sarkissian graduated from the Yerevan State
University (Department of Theoretical Physics and Mathematics). 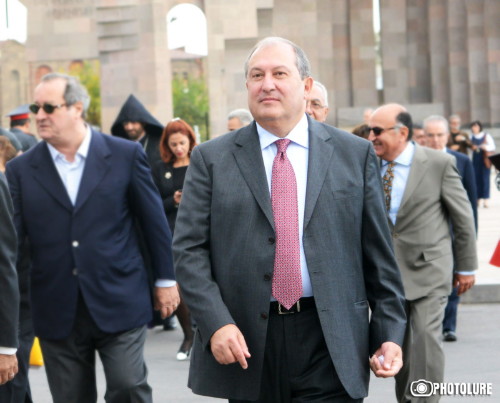 In 1997 His Holiness Pope John Paul II bestowed the St. Gregory the Great Award to
Dr. Sarkissian.  In 2008 he received the highest honour in the Armenia Church, the
St. Gregory the Illuminator medal, from His Holiness Karekin II, the Catholicos Patriarch of
All Armenians in Holy Etchmiadzin. 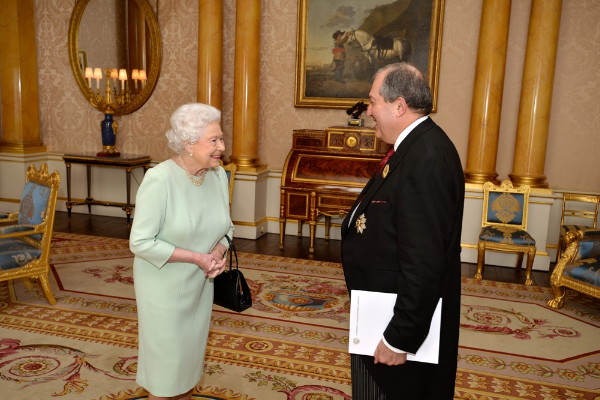 In October 1991, Dr. Sarkissian established the first Armenian Embassy in the West in London.
In addition to his diplomatic mission to the United Kingdom, he went on to become Senior
Ambassador of the Republic of Armenia to Europe (Deputy Foreign Minister) and concurrently
represented Armenia as Ambassador to the European Union, Belgium, the Netherlands,
Luxembourg, and The Vatican. In 1995-96 he was Head of Mission of the Republic of Armenia to
Europe.  He was reappointed Ambassador to the United Kingdom in 1998.

Dr. Sarkissian was the Prime Minister of Armenia from 1996 to 1997. He has served as Special
Advisor to the President of the European Bank for Reconstruction and Development and as a
Governor of EBRD from 1993-2000.

Against the background of a decade-long, dynamic diplomatic service and leadership,
in 2000 Dr. Sarkissian established the Eurasia Centre at Cambridge University’s Judge Business
School. Under his leadership, the Programme implemented a series of very successful projects,
such as the Eurasia Business Executive and Leadership Programme for young business
professionals in the Eurasia region.

Dr. Sarkissian has advised the CEOs and Corporate Boards of large global companies,
including BP, Alcatel, Telefonica, Finmeccanica, Bekaerd, and others.

Sarkissian is senior advisor to Bank of America Merrill Lynch. He is the founding President of
Eurasia House International in London.