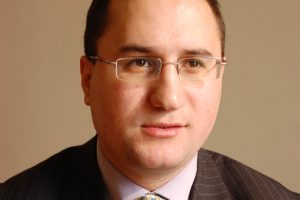 Tigran Balayan announced that five of the kidnapped have been identified.

Armenia’s Foreign Ministry has confirmed reports that on Sept. 29, ten passengers of a bus traveling from Beirut to Aleppo, among them seven Armenians, have been kidnapped. Five of the Armenian passengers have been identified, according to ArmenPress, which quoted Armenian Foreign Ministry’s press secretary Tigran Balayan. The names of the kidnapped passengers are: Garo Pampalian, Arsen Aroyan, Levon Zeitounian, and father and son Bashar and George Rabat.

Jirair Reisian, spokesperson for Aleppo’s Armenian Prelacy, has informed that one of the other Armenians is by the name of Koko. Reisian confirmed that some of the kidnapped are still unknown, and that community leaders are working on securing the safe return of the victims to Aleppo. There are rumors that among those abducted are a Kurd and an Assyrian.

Different reports have put the number of abducted between ten and 12, some claiming that two of the passengers were Syrian Christians, two Kurds, and the remaining Armenian.

Reisian also denied that the kidnappers have demanded ransom.

According to other reports, the kidnappers have demanded that the government release 150 prisoners within three days in exchange for the kidnapped. Otherwise they have threatened to kill the ten men.

According to sources, the armed men were clad in black. Having stopped the bus (owned by “Zeitouni Tours,” an Armenian owned tour bus company), they ordered the women to leave the vehicle. They beat the remaining male passengers who were made to kneel, before driving away with them in a separate van. The bus was about half an hour from Aleppo.