A landscape dissolves into reds, yellows, and greens. A mountain in New York State is filtered through an artist’s imagination, rendered on canvas in angular patches.

These were among the visions of Arthur Pinajian, an unknown Armenian-American painter whose death would prompt little more than the rental of a Dumpster. The Dumpster was to be filled with decades’ worth of his writings and pencil sketches and a garage-full of paintings that numbered close to 6,000.

Today, Pinajian’s work hangs on the well-lit walls of a SoHo gallery. Leading art historians say that, at his best, he ranks among the United States’ finest abstract expressionists. His estate has been appraised at $30 million. After several kind twists of fates, Pinajian has been vaulted out of obscurity and is now gaining improbable posthumous fame.

The first twist came with a real estate venture by a man named Thomas Schultz. It was 2005 when Schultz stumbled upon the cottage in Bellport, New York that was the longtime home of Pinajian and his sister. She had recently died. The artist had died six years prior, at age 85.

“I came into the house to look at it with the purpose of figuring out if it was a good house to flip [to buy and resell for profit] and I walked among all of this art. I was intrigued by it because it was so vast,” said Schultz.

“I knew what I was looking at was someone’s life’s work.”

Cousins apologized to Schultz for the mess left inside — thousands of canvases, some badly decaying, that were stuffed into the attic and piled in the garage. They said the artist, who had never been recognized in his lifetime, had left instructions for all of his work to be thrown away. A Dumpster was ready out back.

In The Right Hands

Schultz’s business partner put up $300,000 for the house and offered an additional $2,500 for the entire body of artwork.

The enormous collection had not only been spared, but had fallen into the right hands. It turned out that Schultz knew a relative of the late William Innes Homer, at that time one of the most respected scholars of contemporary American art.

After several months of study, Homer made an excited call to noted American art historian and appraiser Peter Hastings Falk. In an interview with RFE/RL, Falk maintained that some of Pinajian’s work ranks with the masters of American abstract expressionism.

“If you look at the history of abstraction in America, certainly the headlines are given to [Jackson] Pollock and Franz Kline and [Willem] de Kooning and all of the stars of that period who are now ensconced in the pantheon of American art history,” he said.

“And it’s long been thought that no one else could ever crack into that elite rank because, of course, everyone has been discovered and art historians already know everything. The really fun thing about this is here is the dean of American art historians who is just simply astonished — and I was, too. That’s what makes this such an extraordinary story.” 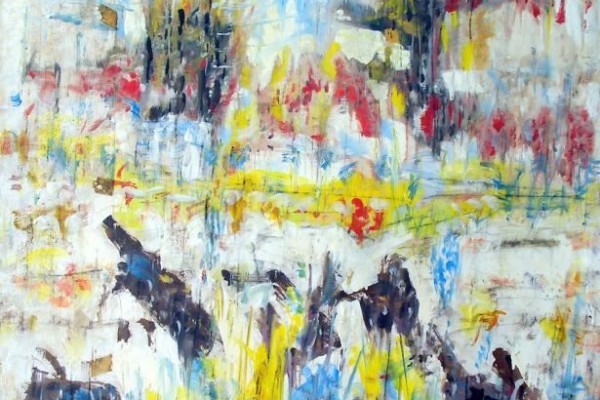 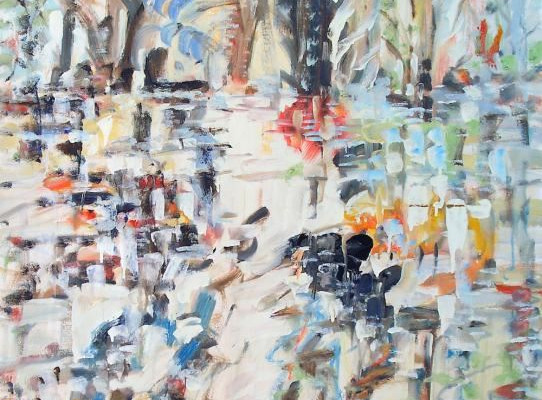 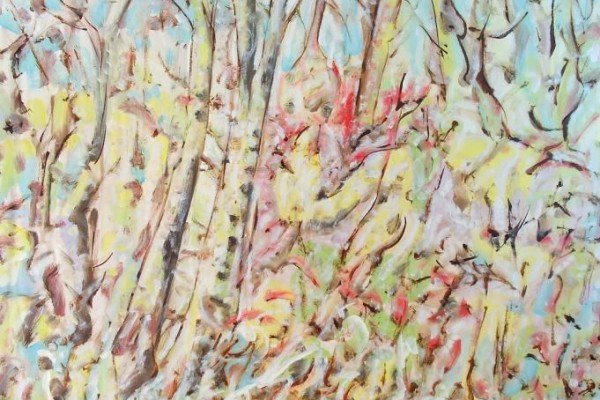 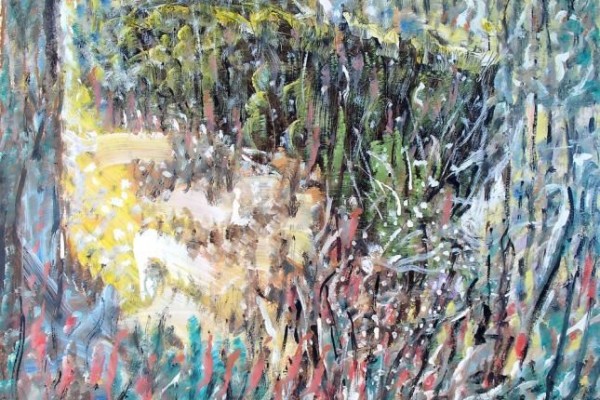 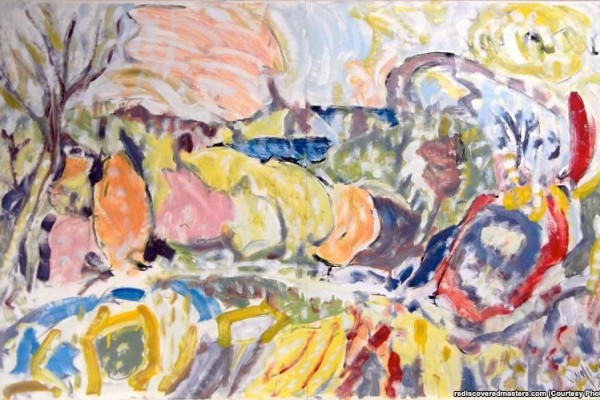 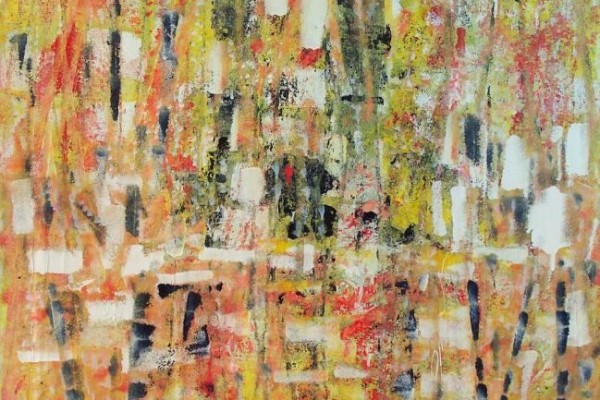 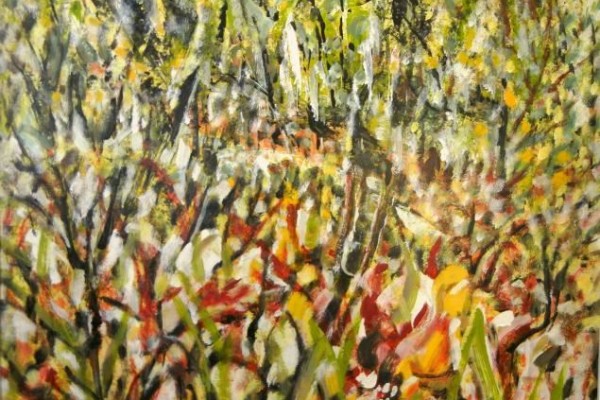 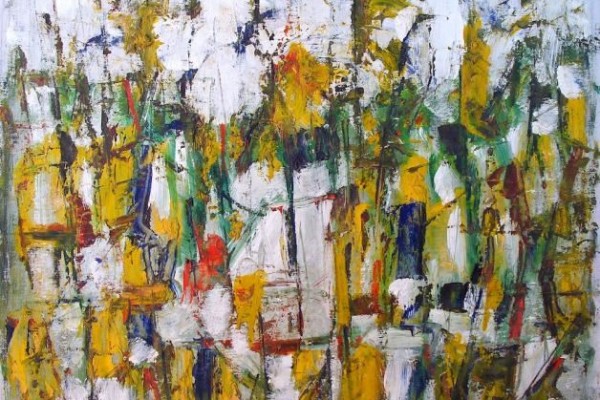 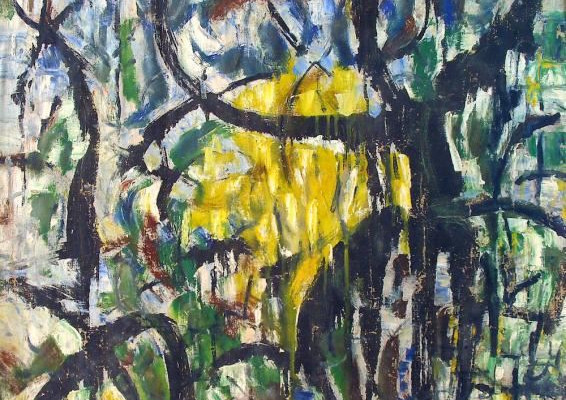 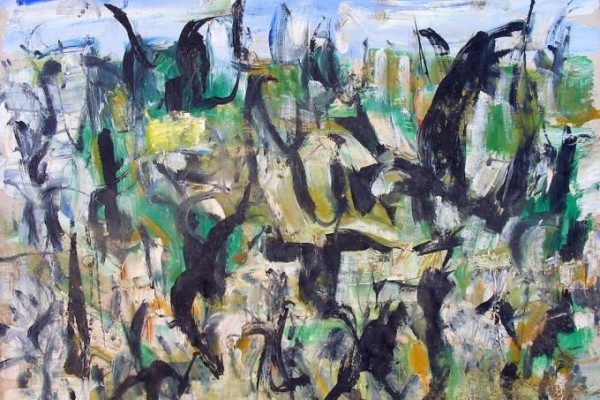 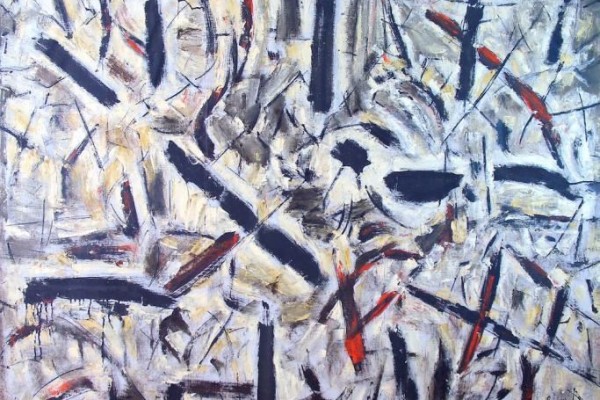 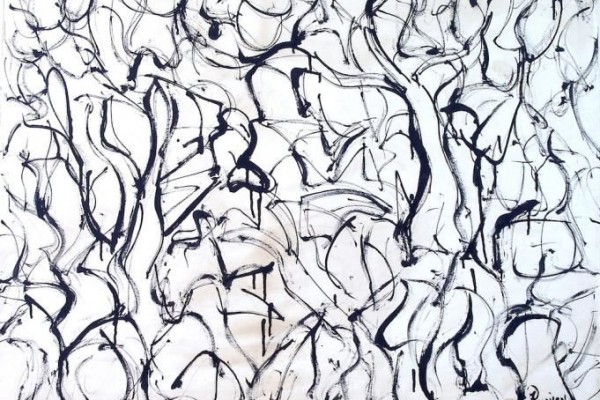 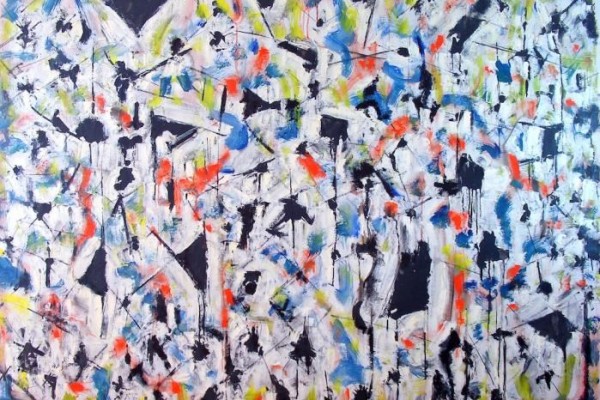 Falk is now the exhibitions director and chief curator of Pinajian’s estate.

Pinajian was born in 1914 in New Jersey. His parents had fled the mass killings of ethnic Armenians by Ottoman Turks.

He worked as a comic-book illustrator in the 1930s, creating “Madam Fatal,” a character considered the first cross-dressing super hero.

He earned a Bronze Star for valor for his service in World War II before training at the Art Students League in New York. Falk says that Pinajian likely came into contact with the well-known American abstract expressionists of the day.

Falk says Pinajian had “some sort of breakdown” in 1948, a year in which he wrote a lengthy manifesto on what it means to be a great artist.

The art historian notes that 1948 was also the year that Arshile Gorky, the most famous Armenian-American artist, committed suicide. Some speculate that Pinajian may have met Gorky in the years before his death.

From then on, Pinajian led a near-hermetic existence, depending on his sister for financial support. Art consumed nearly every waking hour until his death.

The garage of Arthur Pinaijan’s house where thousands of his works were rediscovered after his death. His estate is now worth tens of millions of dollars.

“When we went to the house, he was always laughing and joking and talking about the old times,” recalls Aram Aramian, one of Pinajian’s cousins. “He had a good nature about him. But all he wanted to do was paint — paint, paint, paint. Morning, noon, and night. Every day. Three-hundred and sixty-five days out of the year.”

While Pinajian tried everything from erotica to realism, Falk says he achieved his best results in “lyric, rhythmic, abstract landscapes.”

While living in the upstate New York town of Woodstock, Pinajian found his muse in Overlook Mountain. The image of the double-peaked mountain became a recurring theme in his work, progressing from a recognizable portrayal to near complete abstraction.

Falk says the mountain may have reminded Pinajian of Mount Ararat in present-day Turkey, the site where Noah’s Ark was said to have come to rest and an important symbol of Armenia.

He puts the total value of Pinajian’s work at $30 million, a figure that was recently revealed to the public.

Pinajian’s first New York City showing in March generated significant interest. That was the site of the highest price paid so far for one of his paintings, $100,000. “I still feel that the elevator is on the ground floor in terms of value,” Falk says.

Thomas Schultz, who helped save the collection, has given up his day job to become its full-time registrar. He says “a major Los Angeles-area museum” recently acquired a piece. But he insists his work is about inspiration far more than money.

“I bought the Pinajian cottage from my partner,” he says. “I’m currently living in it. I look at the trees here on the property that he captured in some of the beautiful landscapes that we now see. So it’s almost like I’m on sacred ground. It’s been life-changing. [My life is] all things Pinajian, basically. I wake up every day and I think of Pinajian and what I could do to bring the recognition to him that he deserves. I feel like he’s finally getting that.”