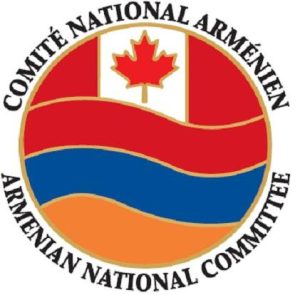 OTTAWA—According to media reports and following months of unexplained secrecy, Canada’s Department of Foreign Affairs and Ottawa’s National Capital Commission have allowed the installation of a monument reportedly commemorating the 30th anniversary of the killing of an official of the Turkish Embassy in Ottawa.

Terrorism must be condemned, especially by countries and organizations that work toward social justice and human rights. All Armenian-Canadian organizations have and continue to condemn terrorism, be it terrorism that is state-sponsored or terrorism committed by individuals or groups.

It is, however, disappointing that the Turkish Government’s propaganda and rhetoric directly and indirectly insinuates and associates the said act with Armenians. No culprit has been apprehended for the act. Nevertheless, Turkish authorities continue to make unfounded accusations, and pressure Canadian authorities to focus unjustified investigations on Armenian-Canadians that are an integral part of the Canadian community.

Dr. Girair Basmadjian, President of the Armenian National Committee of Canada expressed his concerns, stating: “We hope that this monument, imported from Turkey in undue secrecy, does not create tensions between communities in Canada. I question the intentions of the sponsors. Considering that the monument was made and imported from Turkey it would have been appropriate to have included the dedication to victims of state sponsored terrorism.” Dr. Basmadjian added, “as part of its decades-old tactics of denial of the Armenian Genocide, Turkey continues to find ways of creating opportunities to deflect the focus of attention from its responsibility as a Genocide perpetrator and human rights abuser.”

The ANCC is the largest and the most influential Canadian-Armenian grassroots political organization. Working in coordination with a network of offices, chapters, and supporters throughout Canada and affiliated organizations around the world, the ANCC actively advances the concerns of the Canadian-Armenian community on a broad range of issues.