Armenian Community Council Holds Reception in Honour of the New Primate of the United Kingdom, His Grace Bishop Hovakim Manukyan 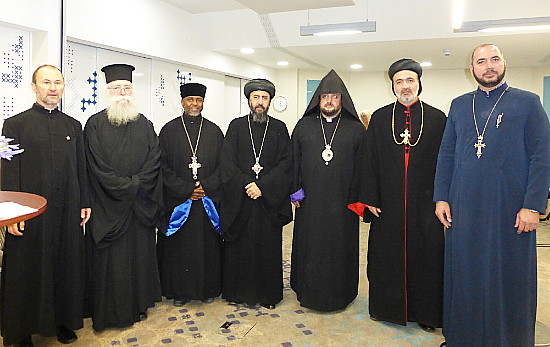 The Chairman of the Armenian Community Council of the U.K., Mr Ara Palamoudian, in his welcome speech, said the British Armenians were privileged that His Holiness had chosen a well prepared clergyman to serve as Primate and congratulated Bishop Manukyan on his appointment and pledged to the new Primate the unreserved support of the Community Council. He said that he and his colleagues in the Community Council looked forward to working with the new Primate for the benefit of the Church and the British Armenian community.

The Reception was a secular precursor to the Church Service and Ceremony of Installation which took place the following day, Sunday 12th of July, 2015 at the Saint Yeghiche Armenian Church in South Kensington which was full with members of the community, and also attended by visiting clergy.