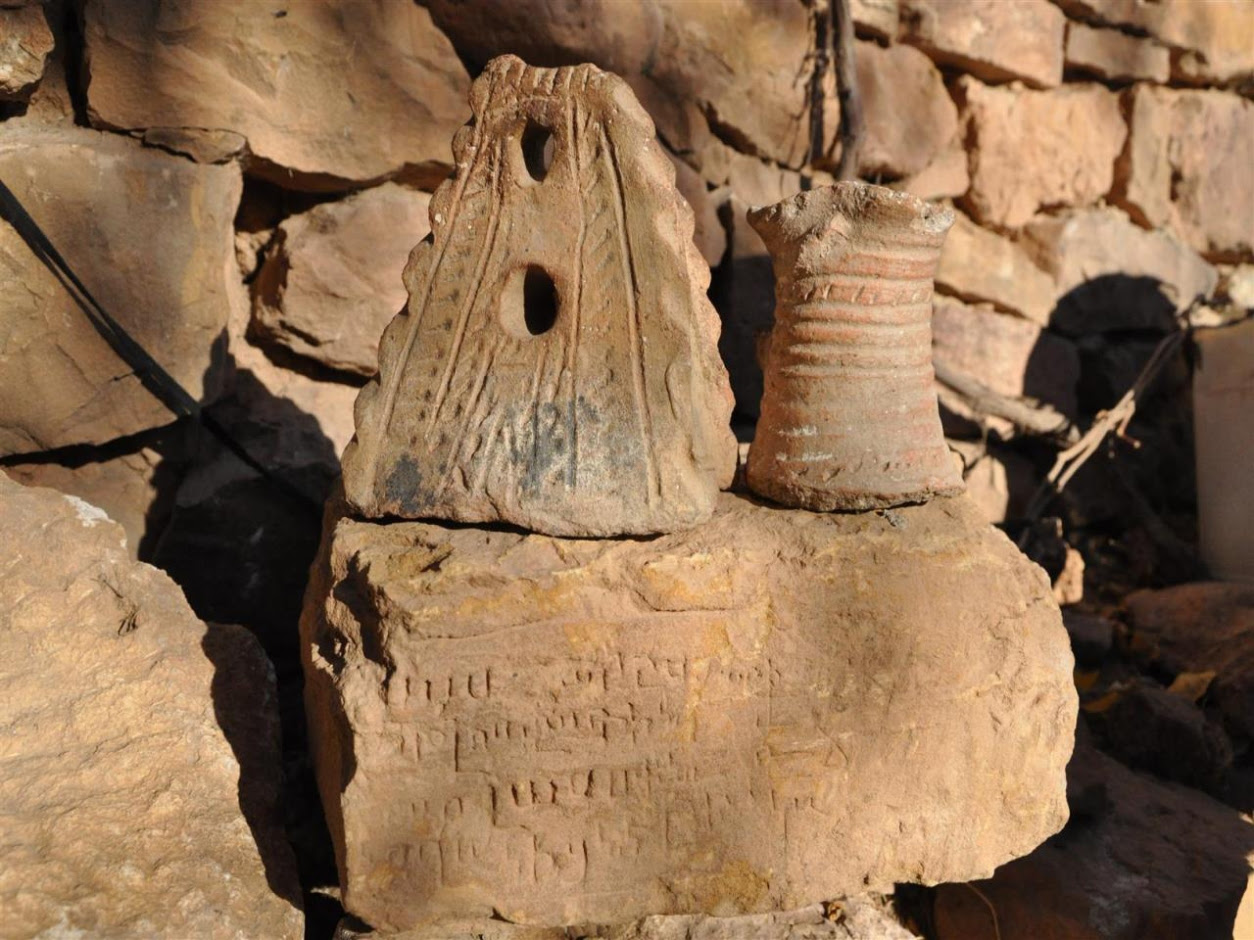 The discovery of a large 3000 year old archaeological settlement in Eastern Turkey has been widely reported in Turkish media, last year. The news has reached international audiences through the English translations from sources such as the Worldbulletin.

An archaeological settlement dating back to 3,000 years ago was discovered in eastern Tunceli province of Turkey.

Thanks to the efforts of Turkish researcher Serkan Erdogan from Faculty of Science and Letters of Bitlis Eren University, and Culture and Tourism Director of Tunceli Ismet Hakan Ulasoglu, a 3,000-year-old settlement near Rabat hamlet of Cemceli village was discovered.

Being the largest archaeological settlemet of Tunceli, a citadel-like settlement containing overtones of early iron age, Urartian, Hellenistic, Roman, Byzantium period, Islamic middle age and Ottoman era was predicted to be one of the most important centres situated at an old transportation network.

Having encountered iron dross, ceramics, historical bridge and weight objects, researcher Erdogan thought that the area in question was an important economic production centre in different eras of the history.

Erdogan said that the discovered citadel was wider than three football stadiums.

What the report doesn’t mention however, is that there are clearly visible old Armenian texts (as is seen in the picture above) inscribed on the ancient stones found at the sight. Whether the Turkish researchers are aware of this or not remains a mystery. Nevertheless the Armenian traces are undeniable. Tunceli province (formerly Dersim Province) was historically part of the Greater Armenian region of Sophene (Tsopk). Later it was annexed to the Byzantine empire and eventually occupied by the Seljuk Turks. Nonetheless the Armenian population remained thriving up until the first world war.  After the tragic events of the Armenian Genocide most of the Armenian population has vanished from Eastern Turkey including Dersim Province. Today it is largely populated by the majority Alevi Zaza Kurdish and Sunni Turkish people. Yet the Armenian traces are still found among the ruins of the ancient stones.

See bellow for more pictures from the archaeological sight. 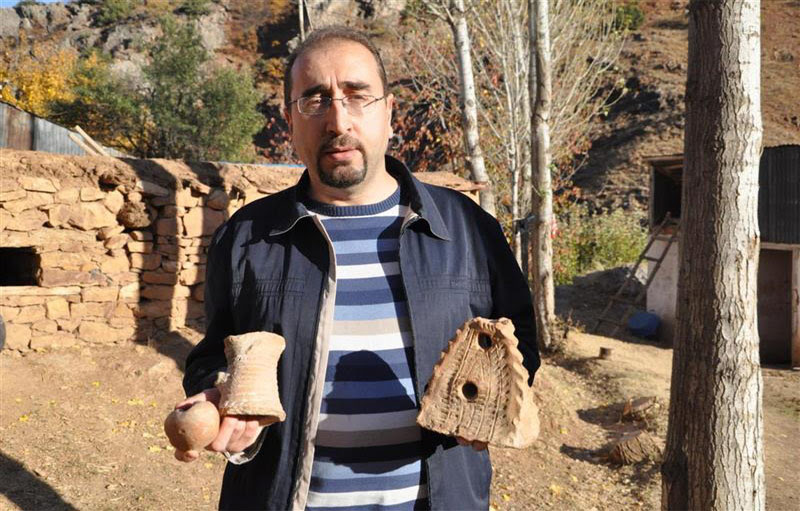 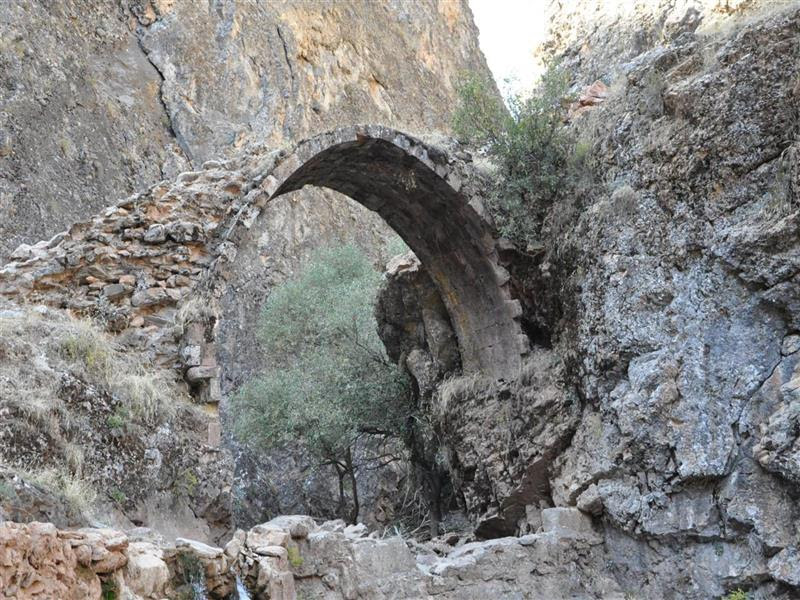 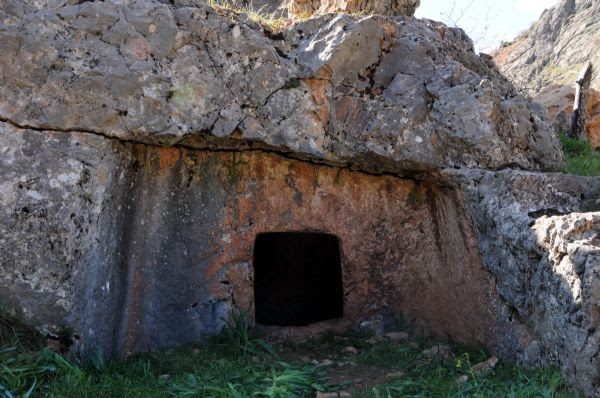 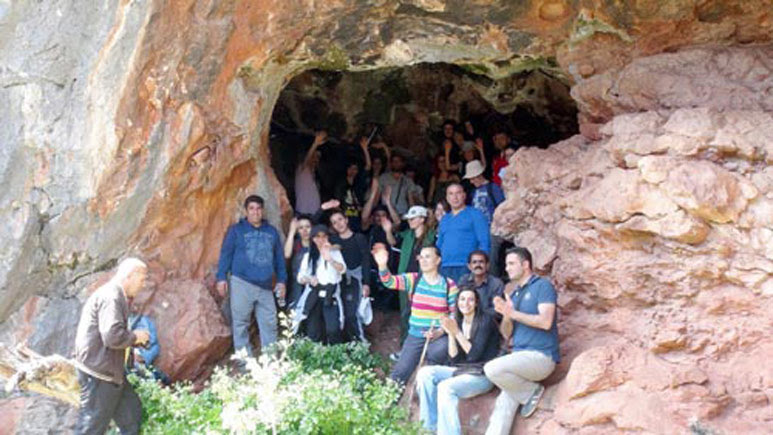 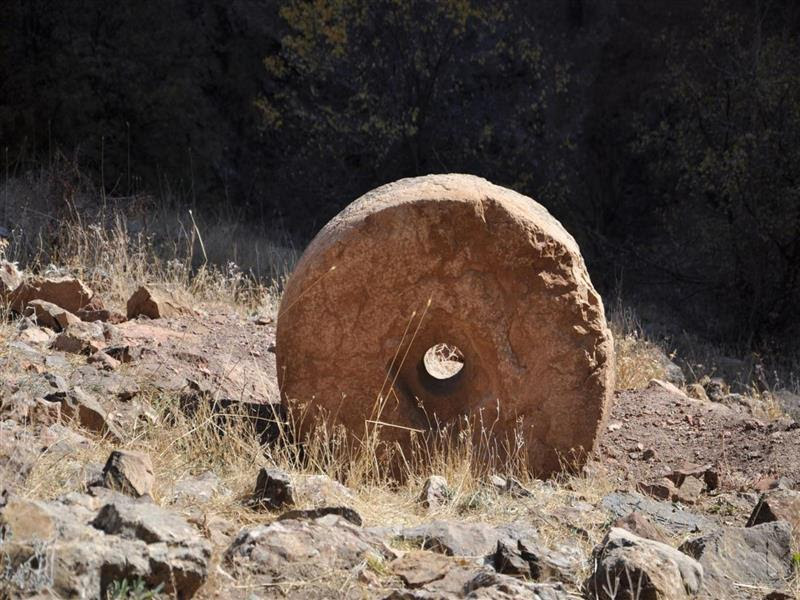 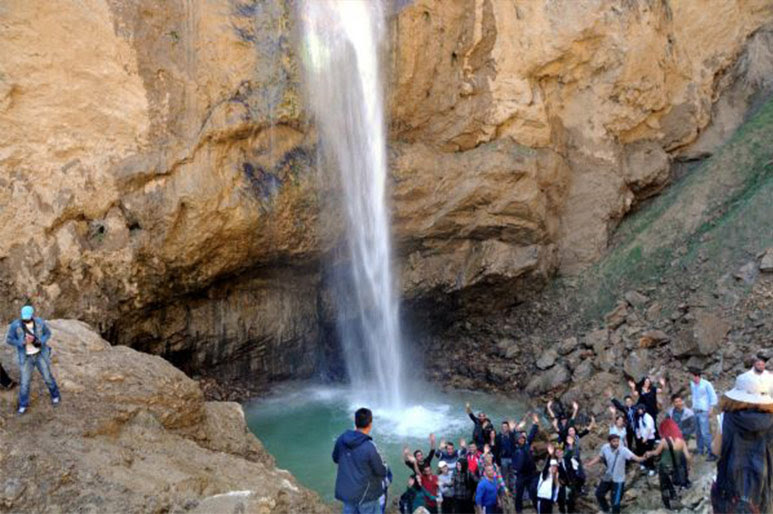 Waterfall at the site of the ancient settlement, visited by tourists. 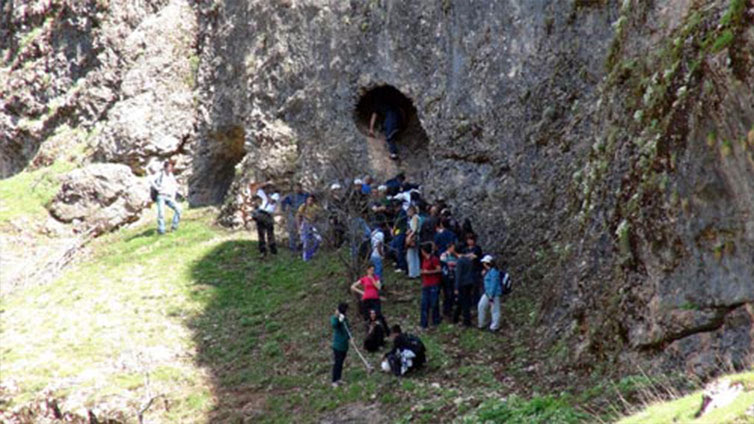 More cave entries from the site 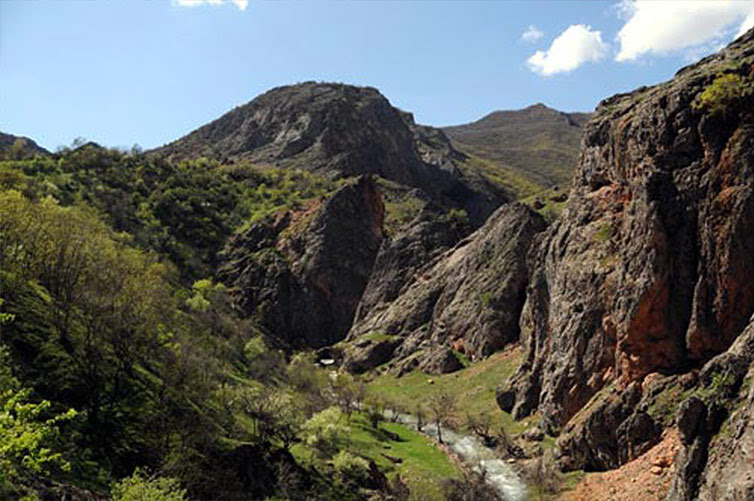 Overview of the mountain range at the sight 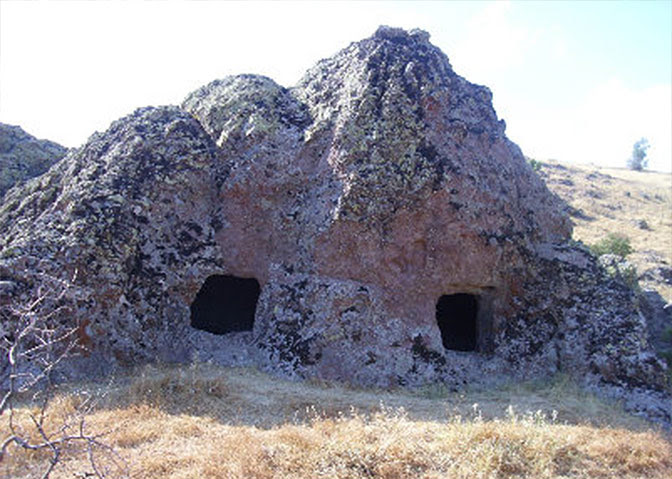 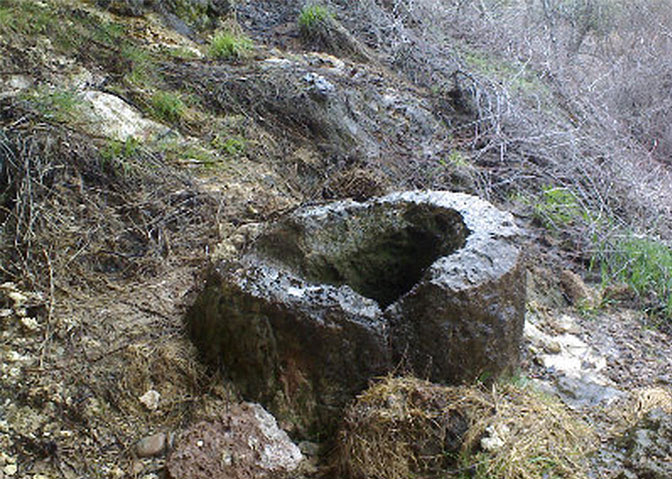 Ruined structure from the ancient settlement 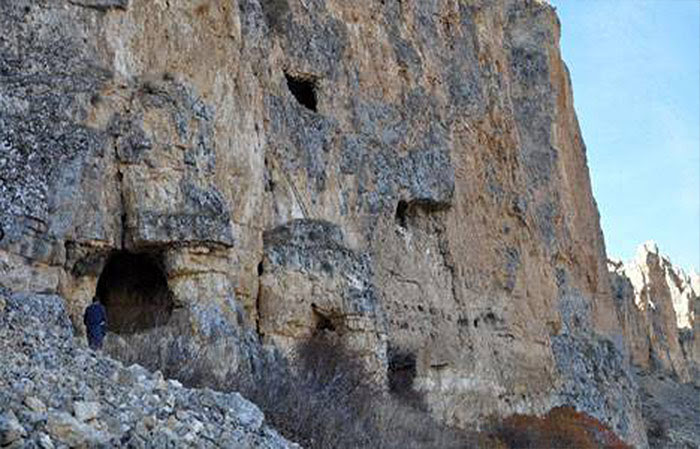 Cave entries from the ancient settlement 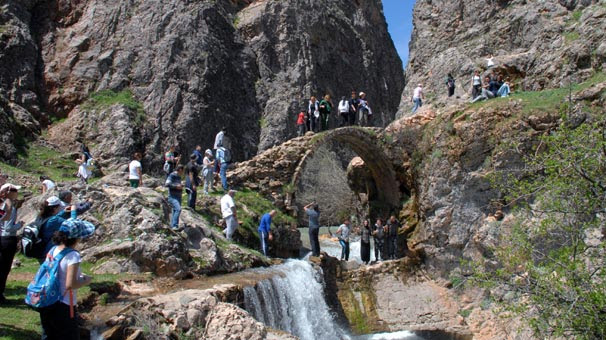 Tourists walking across an ancient bridge