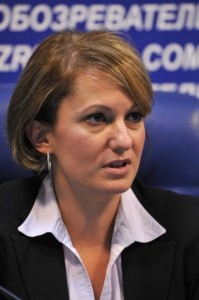 On October 4, 14-year old Malala Yousafzai was singled out and brutally shot in the head and neck by the Taliban in northwestern Pakistan. Her crime? Wanting an education. An article published in the New York Times on October 9, 2012 writes that a spokesman for the Taliban confirmed that she was shot because of her crusade for a girl’s right to an education, which he considered an “obscenity.” The article goes on to say: “That such a figure of wide-eyed optimism and courage could be silenced by Taliban violence was a fresh blow for Pakistan’s beleaguered progressives, who seethed with frustration and anger on Tuesday.”

A little girl with so much courage that she warranted the wrath of the Taliban now lies in a hospital bed in Peshawar in critical condition, with a bullet lodged near her brain.

There is so much brutality in the world that to even write about it can evoke feelings of despair.

And while many countries and regions of the world are indeed beleaguered by radical and fundamental societal elements, while war wages on in Syria promising a disintegration of a fragile peace in the Middle East, while millions of children are on the brink of starvation, while millions of refugees around the world live in makeshift dwellings with little water, food and sanitation, while women are denied their very basic and fundamental human rights in many countries, in Armenia we have been preoccupied by dubious allegations of money laundering and expropriation of funds, we have been forced to bear witness to staged presidential finger-pointing and prime ministerial reprimands in the run up to presidential elections in February 2013. We argue about a Botero sculpture in the Cascade park because it depicts a heavy-set woman lying on her stomach naked, and woe-is-me, holding a cigarette in her plump fingers. We moan and groan about sculptures of the greats of Armenian literature installed throughout the city because according to some they are a testament to distaste and belittles the greatness that they represent.

And instead of preoccupying themselves with the security of our nation, the National Security Service has been commissioned to occupy themselves with investigating charges against Vartan Oskanian, who held the post of Minister of Foreign Affairs for a decade, for money laundering and expropriation of funds because he had the audacity to criticize the ruling regime and perhaps because he has aspirations to become a presidential candidate. Yes, Oskanian really poses a very serious security threat to the country. And to add insult to injury, the leader of the Republican Party parliamentary faction stood before the podium in Armenia’s National Assembly, (the day that members of parliament would vote to strip Oskanian of his parliamentary immunity in order to officially charge him) and declared that removing Oskanian’s immunity was a positive thing because it would give him the chance to prove his innocence. Presumption of innocence is a fundamental tenet of criminal law, Mr. Galust Sahakyan; you must have been absent that day in class when this was being taught.

Wake up gentlemen! We have bigger fish to fry. Just a reminder…the tenuous ceasefire (we are after all technically in a state of war) with Azerbaijan, unresolved tensions with Turkey, uneasy relations with Georgia, and warm relations with Iran that continues to raise red flags of concern and dismay among some western nations. Add to this equation inflation, high unemployment, crippling poverty, the depopulation of the country, which if continued unabated might threaten our very sovereignty, environmental degradation, corruption on every level…

On the other hand, it is important to take note also of the fact that while we do face monumental challenges on the journey to democratic rule, because a beacon of democracy we are not, girls are allowed to have an education in Armenia; women are not forced to wear chadors nor are they publicly stoned for being seen in public with a man who is not a relative; we do have in place, at least on paper, relatively solid legislation; while broadcast media is almost completely controlled by the office of the president, print and web media are free to say and write as they wish; while we face all of these challenges we do have the ingredients to create a political and economic system where equality, justice and solidarity can exist, we just haven’t chosen to implement them. We’ve lost our moral compass, we’ve been reduced to shortsightedness, and petty in-fighting, hanging on to power at the expense of reforms and the well-being of the nation and that also refers to Armenia-Diaspora relations.

And then there’s Malala. One solitary child who chose to follow her passion and was rewarded with bullets aimed not only at her but at the very heart of her fundamental human rights. She has become a symbol of courage for wanting something as simple as an education. So while we complain ceaselessly, we need to step back and take stock of the endless opportunities and resources we have before us to rectify two decades of poor, intransigent governance, to reset our course, to adopt a new road map for the nation, to come to a consensus on our vision for our country. While these might be lofty goals, or might appear unattainable to many, we have the burden and the historic imperative to finally begin a national discourse, perhaps even on the pages of this publication. The choice is ours.

After all, if Malala, a mere child, had the courage to fight for her beliefs, to go against an oppressive regime, what’s our excuse?