Turkey Has Acknowledged the Armenian Genocide

“Turkey denies the Armenian Genocide” goes a jingle. Yes, the Turkish state’s official policy towards the Armenian Genocide was and is indeed characterized by the “three M’s”: misrepresentation, mystification, and manipulation. But when one gauges what place the genocide occupies in the social memory of Turkish society, even after nearly a century, a different picture emerges. Even though most direct eyewitnesses to the crime have passed away, oral history interviews yield important insights. Elderly Turks and Kurds in eastern Turkey often hold vivid memories from family members or fellow villagers who witnessed or participated in the genocide. This essay is based on countless interviews conducted with the (grand-)children of eye witnesses to the Armenian Genocide. The research results suggest there is a clash between official state memory and popular social memory: The Turkish government is denying a genocide that its own population remembers. 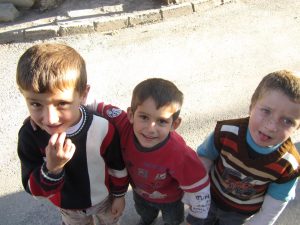 Oral history in Turkey
Oral history is an indispensible tool for scholars interested in mass violence. A considerable collection of Armenian and Syriac oral history material has been studied by colleagues.1 The existing body of oral history research in Turkey, though gradually developing, has hardly addressed the genocide. A potential research field was politicized by successive governments and the Turkish Historical Society. Several documentaries about the victimization of Ottoman Muslims in the eastern border regions have included shots of elderly Muslims speaking about their victimization at the hand of Armenians (and presumably Cossacks) in 1918. It seems unmistakable that the Turkish-nationalist camp fears that the local population of Anatolian towns and villages might “confess” the genocide’s veracity and disclose relevant details about it. For example, the 2006 PBS documentary “The Armenian Genocide” by Andrew Goldberg includes remarkable footage of elderly Turks speaking candidly about the genocide. One of the men remembers how his father told him that the génocidaires had mobilized religious leaders to convince the population that killing Armenians would secure them a place in heaven. Another middle-aged man recounts a recollection of his grandfather’s that neighboring Armenian villagers were locked in a barn and burnt alive.2

In the past decade, I have searched (and found) respondents willing to relate their personal experiences or their family narratives related to the war and the genocide. In the summers of 2002 and 2004-07, I conducted up to 200 interviews with (grand-)children of contemporaries in eastern Turkey, all semi-structured and taped. Needless to say, oral history has its methodological pitfalls, especially in a society where the memory of modern history is overlaid with myth and ideologies. Many are unwilling to reflect about their family histories because they have grown accustomed to ignoring inquisitive and critical questions, not least on their own moral choices in the face of their neighbors’ destruction. Others are reluctant to admit to acts considered shameful.3

But while some were outright unwilling to speak once I broached the taboo subject, others agreed to speak but wished to remain anonymous, and again many others were happy to speak openly, with some even providing me access to their private documents. Even though direct eyewitnesses to the crime have most probably passed away, these interviews proved fruitful. Elderly Turks and Kurds often remember vivid anecdotes from family members or villagers who witnessed or participated in the massacres. My subject position as a “local outsider” (being born in the region but raised abroad) facilitated the research as it gave me the communicative channels to at once delve deeply and recede at the appropriate moments. It also provided me with a sense of immunity from the dense moral and political field in which most of this research is embedded.

Turkish and Kurdish eyewitness accounts
A.D., a Kurdish writer from Varto (Muş), recalled a childhood memory from 1966 when an earthquake laid bare a mass grave near his village. The villagers knew the victims were Armenians from a neighboring village. According to A.D., when the village elder requested advice from the local authorities on what to do, within a day military commanders had assigned a group of soldiers to re-bury the corpses. The villagers were warned to never speak about it again.4

Interviews with elderly locals also yielded considerable useful data about the genocide itself. For example, a Kurdish man (born 1942) from Diyarbekir’s northern Piran district, had heard from his father how fellow villagers would raid Armenian villages and dispatch their victims by slashing their throats wide open. As they operated with daggers and axes, this often led to decapitations. After the killing was done, the perpetrators could see how the insides of the victims’ windpipes were black because of tobacco use.5 Morbid details such as these are also recorded by the following account from a Kurdish man from the Kharzan region, east of Diyarbekir:

My grandfather was the village elder (muhtar) during the war. He told us when we were children about the Armenian massacre. There was a man in our village; he used to hunt pheasants. Now the honorless man (bêşerefo) hunted Armenians. Grandpa saw how he hurled a throwing axe right through a child a mother was carrying on her back. Grandpa yelled at him: “Hey, do you have no honor? God will punish you for this.” But the man threatened my grandfather that if he did not shut up, he would be next. The man was later expelled from the village.6

Here is another account from a Turkish woman (born 1928) from Erzincan:

Q: You said there were Armenians in your village, too. What happened to them?

A: They were all killed in the first year of the war, you didn’t know? My mother was standing on the hill in front of our village. She saw how at Kemah they threw (döktüler) all the Armenians into the river. Into the Euphrates. Alas, screams and cries (bağıran çağıran). Everyone, children and all (çoluk çocuk), brides, old people, everyone, everyone. They robbed them of their golden bracelets, their shawls, and silk belts, and threw them into the river.

Q: Who threw them into the river?

A: The government of course.

Q: What do you mean by ‘the government’?

These examples suggest that there still might be something meaningful gained from interviews with elderly Turks and Kurds. Needless to say, had a systematic oral history project been carried out in Turkey much earlier, e.g. in the 1960’s or 1970’s, undoubtedly a wealth of crucial information could have been salvaged. Besides the excellent research conducted in Turkey by colleagues such as Leyla Neyzi, Ayşe Gül Altınay, and others, interviews by individual researchers are at best a drop in the ocean. A measured research project with a solid book as output would be a memorable achievement for the centenary of the genocide.

Discussion
When I was traveling from Ankara to Adana in the summer of 2004, I stopped by the friendly town of Ereğli, north of the Taurus mountain range. My friend, an academic visiting his family, had invited me along. Strolling through the breezy town, we came across one of my friend’s acquaintances, an “Uncle Fikri.” The old man looked sad, so we asked him what was wrong. He said, “My father has been on his deathbed for a few days now.” When we tried to console him, he answered: “I’m not sad because he will die, he has been sick for a while now. I just cannot accept that he refuses to recite the Kelime-i Shehadet before he passes on.” (Shahadah, the Muslim declaration of belief: “There is no God but Allah and Muhammed is his Prophet.”) The man looked deep into our eyes, there was an awkward silence for four seconds, we understood each other, and we parted.

In this example, only two generations separated us from the eyewitness generation. Therefore, I believe there might still be avenues for oral history research on the genocide. Father Patrick Desbois is a French Catholic priest who travels to Ukraine in a concerted effort to document the Shoah through the use of oral history. His team locates mass graves and interviews contemporary witnesses about the mass shootings of Jews, which often took place just outside the Ukrainian villages they visit. The elderly respondents usually remember the slaughter in vivid detail.8 Desbois’ work on Ukraine has proven helpful in completing the already comprehensive picture historians have of Nazi mass murder in that region. During a private conversation, Desbois intimated that he would be interested in launching a similar project in Turkey, if a viable initiative was proposed.9 It might be worthwhile to gauge what place the Armenian Genocide occupies in the social memory of Turks and Kurds, even after nearly a century. The conclusion would undoubtedly warrant my introductory comment: The Turkish government is denying a genocide that its own population remembers.