LONDON(BBC News) — Scientist Stephen Hawking has paid tribute to the teacher who inspired his early steps into scholarship. Dikran Tahta was a British-Armenian mathematician and teacher who was one of Hawking’s teachers in his youth at St. Albans School in Hertfordshire, England.

He says that Tahta opened his eyes to math, which he describes as the “blueprint of the universe.”

“My handwriting was bad, and I would be lazy. Many teachers were boring. Not Mr. Tahta,” said the physicist.

Professor Hawking was speaking ahead of this weekend’s award of the Global Teacher Prize.

The award-winning scientist has recorded a video commending his teacher, who died in 2006.

“His classes were lively and exciting. Everything could be debated. Together we built my first computer, it was made with electro-mechanical switches,” said Professor Hawking.

“Thanks to Tahta, I became a professor of mathematics at Cambridge, a position once held by Isaac Newton.”

Tahta’s family settled in Manchester after the Armenian Genocide. Much of his childhood, and the influence of his Armenian religious upbringing, is reflected upon in his penultimate book Ararat Associations, in which he notes how his parents were keen for their children to have an English education, yet made sure that they spoke Armenian at home. He was christened by Bishop Tourian in the Armenian Church in Manchester, and his name Dikran was shortened to Dick, but he never forgot his Armenian roots.

ADDENDUM BY THE ACC UK:

Dikran Tahta’s parents are MR & MRS KEVORK TAHTA, who were most prominent and highly respected members of the British Armenian Community. In the mid-seventies, Mr Tahta most generously donated a substantial sum to the Community Council of the United Kingdom, and the Council, as a gesture of gratitude for his generous support, renamed its recently formed and well attended Armenian Community Sunday School to “ THE KEVORK TAHTA ARMENIAN COMMUNITY SUNDAY SCHOOL” which has thrived and currently boasts over 200 students who attend every Sunday, and fulfill Mr Kevork Tahta’s wishes by learning the Armenian language and history.

Mr & Mrs Tahta were blessed with two sons. In addition to Professor Dikran Tahta about whom mentioned is made above, the Tahtas were also very justly proud of their second son MR HAIG TAHTA who is a prominent and successful Lawyer and has served for many years during the 70’s and 80’s on the Armenian Community & Church Council of Great Britain.

The British Armenian community is proud to have had the Tahta family as part of the community in England. 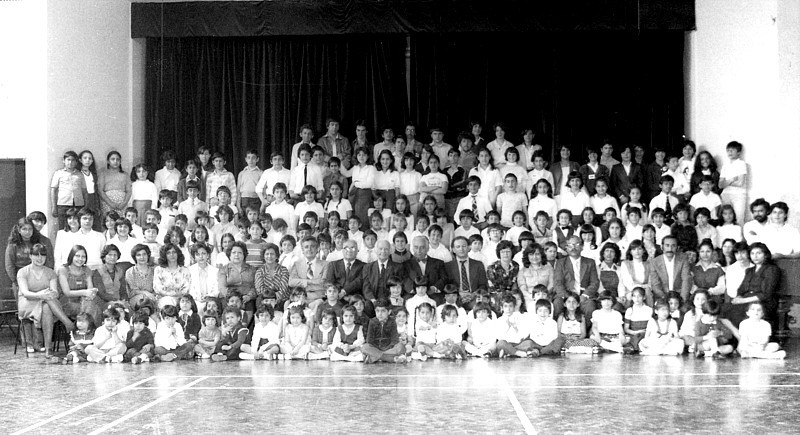