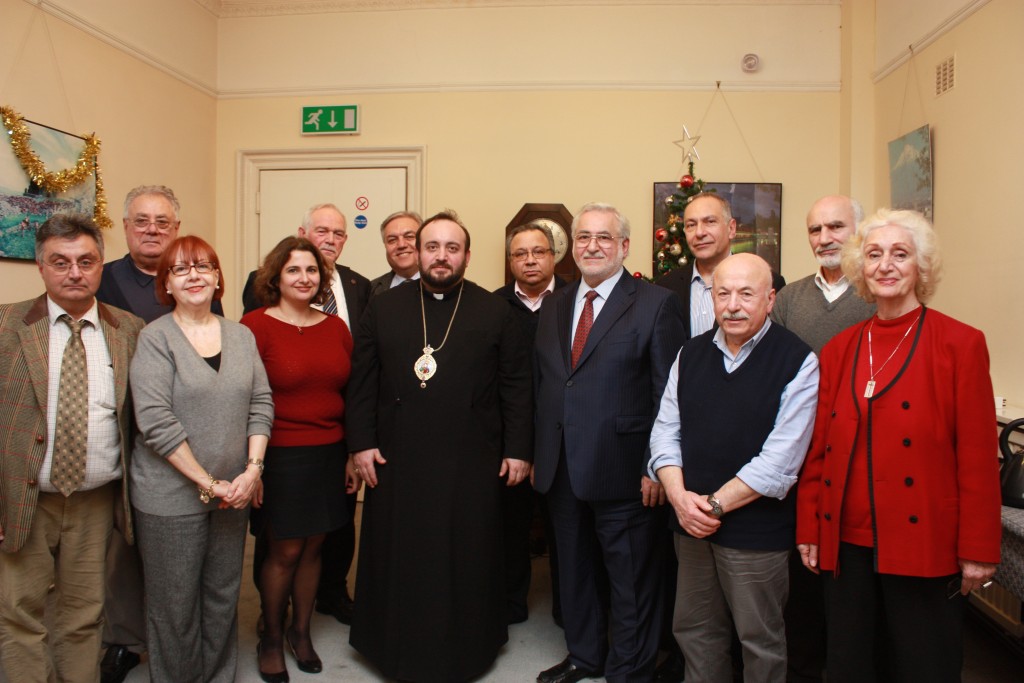 HIS GRACE BISHOP HOVAGIM MANUKYAN, PRIMATE OF THE U.K. VISITED THE COUNCIL OF THE ACC UK

In his welcoming words, the Chairman of the Council Mr Ara Palamoudian, reaffirmed the preparedness of the ACC to support the Primate in his mission, in whatever way that is within the ability of the Council.

The meeting which lasted almost two and a half hours encompassed a large spectrum of subjects to do with the British Armenian community and ecclesiastical life.

Discussions took place to identify areas where the ACC could be of assistance to the Church. Other main points of discussion and exchange of views included the conclusion of arrangements for the establishment of a Diocesan constitution and structure.

Bishop Hovagim showed interest in the functions of the Community Council and the various fields in which the ACC and its administrative, “kordzatir”, committee, serve the community through the Council’s various sub-committees such as the Armenian Heritage and Cultural Activities Committee, the Kashadagh Aid Committee, the Armenian Refugees Aid Committee which has been particularly active in recent years to assist Armenians in Syria, the ACC Ladies Committee, and the Committee for Recognition of the Armenian Genocide (CRAG) which has worked incessantly since 1965, and is currently preparing to continue its activities with new vigour and energy and with newly recruited additional helpers, as the community’s representative body campaigning for Recognition. During the Centenary Year (2015), CRAG Committee members took a leading role in the activities of the Armenian Genocide Centenary Commemoration Committee whose specific function has now come to a close.

Special mention was made of the need to encourage the involvement in community life of a large number of relatively recent immigrants to the United Kingdom who are naturally still in the difficult stage of establishing themselves and could benefit from the community life which could be offered to them by Armenian cultural and ecclesiastic functions. The ACC will make special efforts in this respect.