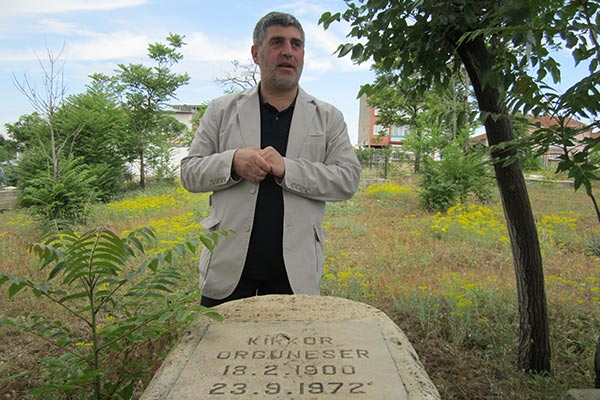 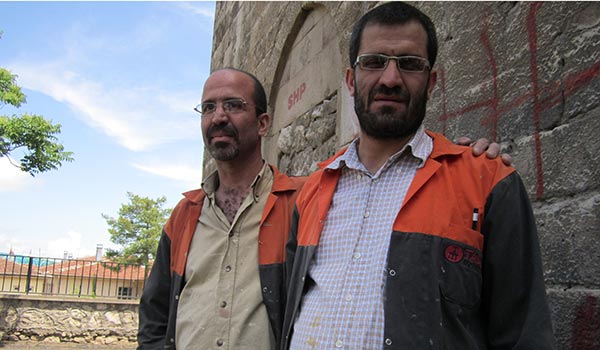 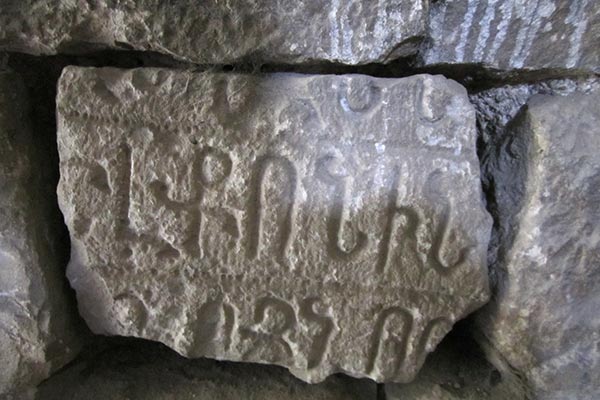 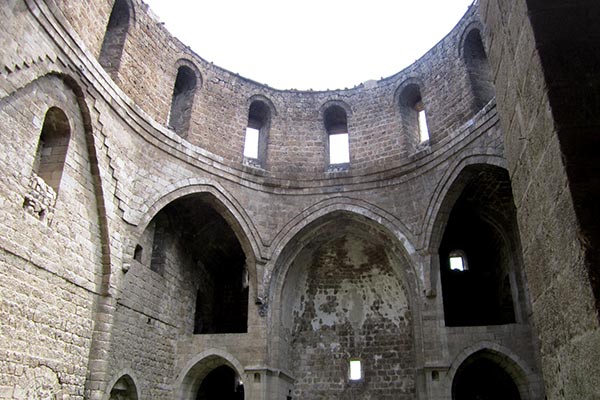 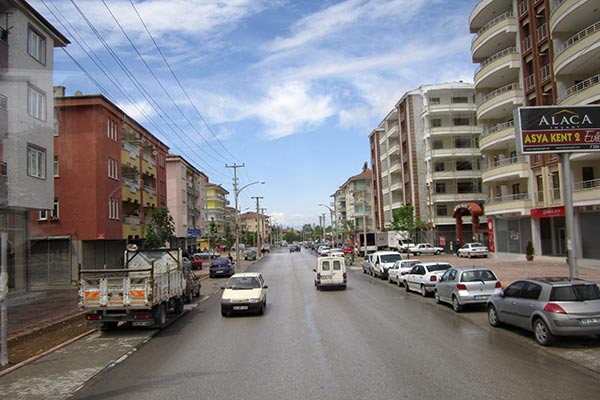 Armenian brothers Arman and Murad, who live in Turkey’s southeastern city of Malatya, open the doors of the 250-year-old Armenian Holy Trinity (Tashhoron) Church in the city’s Cavusoglu district and invite in the group of visiting Armenian and Turkish journalists.

The church that once saw liturgies and was filled with the fragrance of incense now has no dome and it is without the altar, it is all ruins on the inside – a king without a crown in the city long run by the Turks.

“The Turkish government has made a decision about the renovation of the church. The work will begin soon. They say that after the renovations it will serve either as a library or a cultural center,” says Serdar Boyaci (Sardar Boyajian), a representative of the Malatya Armenians’ Haydar Union.

Boyaci says that their grandfathers told of a time when Malatya had four Armenian churches. Today, the Holy Trinity and Grigor Lusavorich (Gregory the Illuminator) churches are in ruins, one was turned into a mosque, and they cannot now locate the other at all.

Boyaci knows only a few words in Armenian, he mainly speaks Turkish. The office of the organization he runs is situated in Istanbul. It includes about 200 Malatya Armenians who live in Turkey and in other countries of the world. Haydar also has a Facebook account.

Malatya, a city of about 400,000 and birthplace of the well-known human rights activist and journalist Hrant Dink, who was assassinated in Turkey in 2007, is now home to only 60 Armenians, who are not afraid to speak openly about their ethnic identity and about being Christians. Still, according to Boyaci, there are also about 150 “hidden” Armenians in the city who have converted to Islam.

Unlike in Istanbul or other Christian communities where Armenians are not afraid of speaking openly about their ethnicity, in Malatya doing so seems to be more dangerous.

The guide accompanying the group of Armenian journalists, Ali Bey, connects it with the events that occurred in Malatya two years ago, when clandestine nationalist groups committed attacks against Christians.

Boyaci accompanied the group to the Armenian cemetery in Malatya, where the oldest gravestone is to Martha Obozyan who died in 1910. He shows his grandfather’s gravestone (Grigor Orguneser (Ansurlyan). There used to be a community called Ansur in the territory of Malatya, from where the name originated. The names engraved on many of the gravestones are of Armenian origin, but the endings are Turkish.

“To avoid interethnic clashes and social tension a law was passed in Turkey in 1934 by which all citizens of the country regardless of their ethnicity must have Turkish names,” says Ali Bey.

Andranik Ispiryan, a specialist in Turkish studies who was also among the group of visiting journalists, says that with this step the Turkish authorities were solving the issue of “Turkinizing” all citizens of the country.

Boyaci tells about how Malatya city authorities destroyed a chapel that was recently built in the Armenian cemetery also to serve as a place of gathering for the local Armenians.

“We had applied to the municipality to provide funds to restore the defunct prayer house in the Armenian cemetery, but we got a refusal. We asked them to be allowed to restore it with our own means, and they agreed. Construction cost about $65,000. The opening of the center was on February 2 this year, but the next day the municipal authorities had the structure demolished with the explanation that it looked like a church,” says Boyaci.

The Haydar organization and Turkish media made the case public, after which Malatya’s municipality came up with an explanation that they only wished to make a few modifications to the building to make sure it didn’t look like a church. In the end, the city authorities promised that the prayer house would be restored by November of this year.

Boyaci also accompanied the group of journalists to the Grigor Lusavorich Church, which is a few kilometers away from Malatya, in the Kurdish village of Venk.

The church situated on a small hill looks like a gem hidden deep in the ocean – on the outside it has a foreboding appearance, but inside, from amid the ruins, one can still see its once beautiful features. It has no altar, no dome, and surely no one to take care of anymore.

Within the premises of the church Kurdish and Turkish children were playing games. They stared at the visitors of this forgotten church in surprise.

Sanym, a Venk villager, says that every year in August they have many Armenian visitors coming to see their holy place.

“This is their saint’s holiday, they come to celebrate it. Our grandfathers say that once Armenians used to live here,” he says.

Boyaci says that Turkish authorities also have a program to repair the Grigor Lusavorich church, but after repairs this church will also serve as a cultural center.

In the evening Malatya turns on its light, revealing the tremendousness of the place.

At a local antiques shop there is an item in the image of a cross. The seller, who speaks only in Turkish, gives an affirmative answer to the question whether it is supposed to be an Armenian thing. Then the Turkish seller starts displaying other Armenian items – saucers, trays, crosses… Then suddenly he tries to explain in Turkish that he is also of Armenian origin. It turns out his father was named Grigor and mother Satenik. They named him Hakob, but later he had to get the name of Remzi Govei.

It is about a century that nothing Armenian has been created in Malatya, nor have the local Armenian churches rung the bells or burned incense. Instead, Mohammedan prayers are heard all over the place.

According to historical sources, mass killings of Armenians in Malatya also occurred in 1895, but the final Armenian traces of the city that used to be home to a 20,000-strong Armenian community were erased after the 1915 massacres. The few survivors of the extermination policy of the Young Turks’ government were deported and took refuge in different countries. A lot of them went to eastern Armenia and settled down in a Yerevan suburb that was named Malatya.