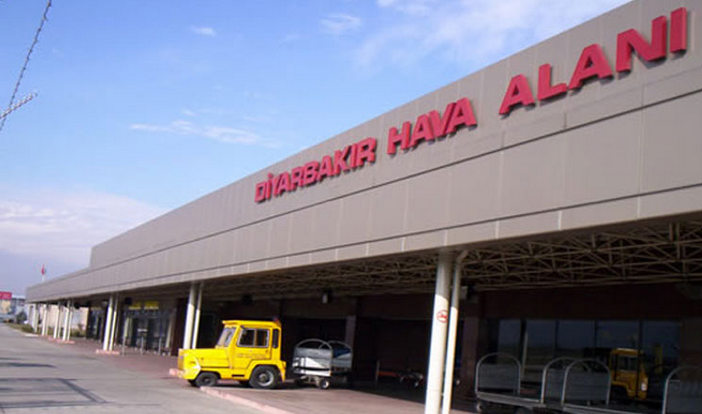 Zuart Sudjian wages formidable legal battle for the return of land that belongs to her family, unlawfully seized by the State and site of Diyarbakır Airport today

Zuart Sudjian is an Armenian who resides in the US, and whose family origins go back to Diyarbakır. A member of Diyarbakır’s Basmacıyan family, Sudjian lives in California. Unbeknownst to her, the lands he inherited from her family were appropriated by the state during cadastral work.

Sudjian filed a formal appeal in 2012 for to return of the lands she inherited from her family. The court rejected the appeal in 2013 on the grounds of the statute of limitations. The file was referred to the Court of Cassation on appeal. The Court of Cassation reversed the verdict of the local court, and ruled for the rehearing of the case on the merits. The fate of the plot of land that is also the site of Diyarbakır Airport will be decided at the end of the legal process.

After the 1915 Genocide, Zuart Sudjian’s family was forced to migrate first from Diyarbakır to Lebanon, then to Korea, and finally to the USA. Sudjian presently resides in California. Unbeknownst to her, the lands she had inherited from her family were appropriated by the state during cadastral work. The cadastral work was announced only via a formal newspaper advertisement, and the state seized the land plots, claiming that the Sudjian family “could not be found”. In 2012, Sudjian filed an appeal for the return of the lands via her lawyer Ali Elbeyoğlu.

In the petition, Lawyer Elbeyoğlu stated that they were in possession of the originals of land deeds for plots in the Diyarbakır Province, Bağlar District, Alipınar Neighbourhood, and submitted a claim for the return of her clients’ rights, who could not follow cadastral work because they lived in the USA. Elbeyoğlu explains that there are no land deeds in her clients’ name, and that the cadastral work that was carried out clearly violated the Constitution, and that it was still possible to validate the land deeds.

Elbeyoğlu submitted a claim for the registration of the title deeds of the lands that Zuart Sudjian acquired from Tomas Basmacıyan via inheritance in his name. The Diyarbakır 5th Civil Court of First Instance rejected the case in April 2013 claiming the statute of limitations. Sudjian appealed the verdict and the file went to the Court of Cassation.

In the petition of objection he presented to the Court of Cassation, Lawyer Elbeyoğlu drew attention to the fact that the court’s verdict violated the articles of the European Convention on Human Rights that regulated the protection of private property rights.

The petition of objection also stated that the cadastral work had been carried out unlawfully, and that the work clearly violated the Constitution, adding, “The aim of cadastral work is to update land deeds, not to destroy them. The updating of existing land deeds is the most important obligation. Abiding by this obligation is the most important duty of the cadastral delegation. The first task in initiating cadastral work in an area is to implement existing land deeds. To act against this principle encumbers the state with responsibility, and no lapse of time is valid in the context of the responsibilities of the state.”

The petition of objection underlined the fact that there was no valid grounds for the implementation of the deeds, and stating that is was possible to determine plot borders today, added “The failure to implement land deeds of such large areas is clear proof that there has been a great act of neglect, and the identification and registration procedure carried out by the cadastral delegation is unlawful”.

Elbeyoğlu also pointed to precedents set by the Court of Cassation in leading cases.