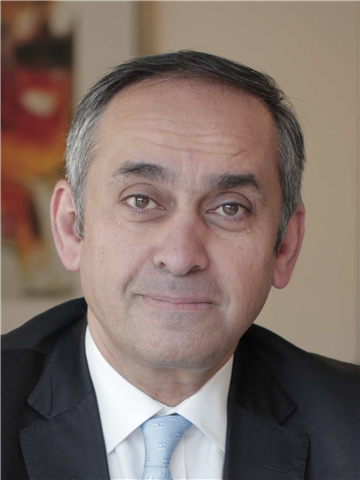 This Friday I will mark the 100th anniversary of the Armenian genocide with my loved ones. We will remember the millions who were slaughtered – including members of my own family – and how, by good fortune, my grandmother managed to escape.

But it remains a matter of intense pain and regret to me and my compatriots that the British government still refuses to acknowledge what the Pope recently reminded the world was the first genocide of the 20th century (though others claim that grim title for the 1904-9 mass killing of indigenous peoples in Namibia by the Germans).

Pope Francis said we had a duty to honour the memory of those who perished, “for whenever memory fades, it means that evil allows wounds to fester.” The collective silence over the Armenian genocide is believed to have allowed Hitler subsequently to proceed with the extermination of the Jews.

As the first Armenian in the British parliament, I am dismayed that Britain as well as the US – at its Federal level – persist in denying the Armenian genocide, out of fear of offending Turkey, their NATO ally. Turkey’s own denial on the basis of a technical definition of genocide is offensive nonsense.

Most historians now accept that as many as 1.5 million Armenians were massacred in a wave of violence that accompanied the fall off the Ottoman Empire [1]. At least 20 countries around the world have formally recognised the massacre as genocide – among them France, Germany, Italy and Russia – and the European Parliament.

My great grandfather and his sons were executed by Ottoman government forces in 1915. His daughter, my grandmother, then a teenager, only escaped by pretending to be dead.

With her mother, she walked barefoot for weeks from Ezurum in eastern Turkey where the family lived, arriving starving and penniless in Mosul, northern Iraq.

My father was born in Mosul in 1930, later moving to Baghdad where he met my mother. My sister and I were born and raised in Baghdad where we lived as refugees.

Even though I had never been to Armenia, I grew up feeling Armenian. We attended Armenian mass, I was a choirboy, and I learnt Armenian. I spoke it at home and I still speak it to my parents and my sister today.

Each year we commemorated the anniversary of the genocide with prayers in church. Sadly, my grandmother died young – I never knew her – but family and friends would gather to tell stories. We were constantly reminded of the genocide. It was the reason we came to be in Baghdad, we were told, where, as Christians, we were in a minority.

Our feelings about Turkey were the same as those of the British about Germany after the Second World War – it was not a place we would choose to go on holiday. But I have since learnt how many Turks saved Armenian lives.

The mantra in our family was education, education, education. It was the way refugees could escape. We thrived in Iraq but it became clear we would have to leave. The first Gulf War was looming and I remember my father saying: “The kids need to get out of here.”

My father had been educated by Jesuits so when we discussed where I would continue my education, Ireland was the natural choice. I studied medicine at The Royal College of Surgeons in Ireland, followed by post-graduate studies at Trinity College Dublin before moving to London in 1990 where I have spent my career developing new techniques of minimally invasive [keyhole] surgery, helping to reform the NHS as a Labour health minister and improving the quality and safety of health care.

In the last 15 years I have made a number of trips to Yerevan, the capital of Armenia, to carry out operations. I have trained doctors there, provided surgical kits and training, and brought Armenian doctors back to Britain to experience what a western health system can offer. The legacy of Armenia’s terrible history is that it has one of the lowest life expectancies in the world.

We must never forget the past. Genocide is a global issue. We have seen it in Rwanda and Darfur and more recently in what is happening to Christian communities at the hands of Isis in Syria and northern Iraq. That is why I was delighted to join Ruben Vardanyan and Noubar Afeyan who launched the 100 lives initiative in New York last month, together with George Clooney and his wife Amal, to commemorate the Armenian genocide and raise awareness of genocidal killings that continue across the globe today.

But we should not dwell excessively on the past. We need to get over the grief of the last century. There is an extraordinary wealth of talent inside Armenia and in the wider diaspora – as there is in Turkey – and the region faces immense challenges. If the world is to confront them effectively there must be a global acknowledgement of the genocide in Armenia – and wherever in the world it occurs. Only then will we be able to move on.

Lord Darzi is a surgeon and director of the Institute of Global Health Innovation at Imperial College London. He was a Labour health minister from 2007-9.