Ghosts and a Sole Survivor: A visit to a former Armenian district in Turkey 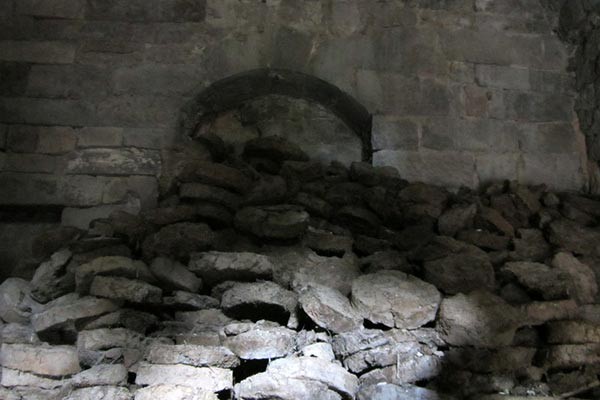 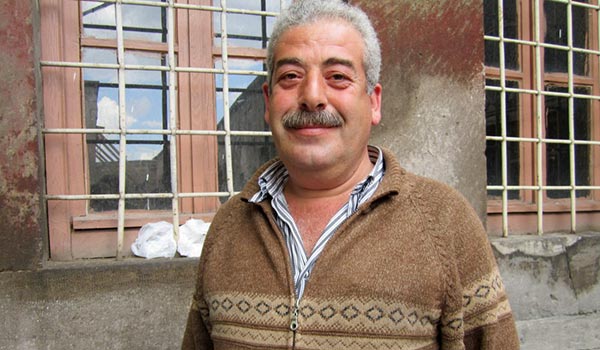 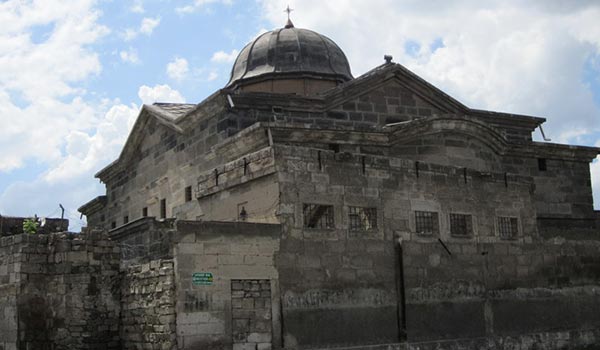 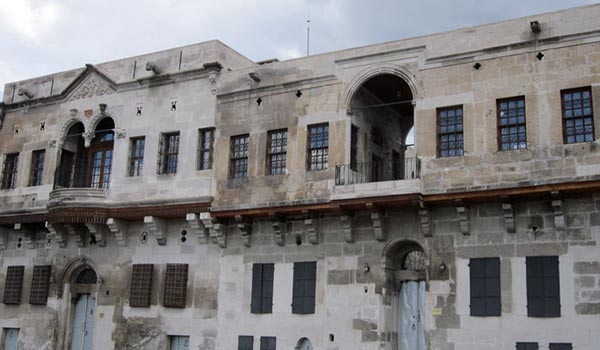 Reminding of the Hanging Gardens of Babylon, abundant vegetation hangs like emerald bracelets in the stretching districts of Kayseri (Caesarea) in central Anatolia (modern Turkey). In such a district, Talas, lives the sole Armenian resident of Kayseri, 55-year-old Sargis Tekian.

“Three generations of our family have lived in this house. I have never concealed my being an Armenian Christian, but there are many Armenians who do, they don’t disclose their Armenian identity out of fear,” Sargis says, showing his left wrist which has his named tattooed.

In a corner of his courtyard Sargis has a stone with Armenian inscription. His interview to a Turkish newspaper as the only Armenian resident of Kayseri is hanging on the wall. Sargis hastily lays a table for tea, at the same time giving his analysis of the Armenian-Turkish relations.

“It’s very important that the borders open. I have never been to Armenia. During the Soviet times I was afraid to go because of the communists; and now I know that Armenia is facing social-economic issues,” he says.

Sargis points to well-preserved two-storey houses and says that they belonged to Qahramanians, Gyulbekians (Galust Gyulbekian was a prominent philanthropist born in Caesarea; Sargis is remotely related to him).

In the central part of Kayseri stands the only remaining Armenian church carrying the name of Gregory the Illuminator. Karapet Istafanyan, 48-year-old Armenian who moved here from Istanbul, has been guarding and taking care of the church on voluntary basis for the past eight years. His wife and daughter live in Istanbul. (Because Karapet is Istanbul-Armenian, Sargis is considered to be the only Armenian native of Kayseri.)

Karapet does not speak Armenian, but tells in Turkish that several times a year Armenians from different parts of Turkey go on a pilgrimage to this church founded in 1191. Turkish authorities renovated it in 2009. The first renovation of the church was done in 1996.

Aslihan Doghan Topcu, professor at Kayseri’s state university, accompanies the group of Armenian and Turkish reporters to the old center of the city where an entire Armenian district still stands. In the 19th century wealthy families – Efendioglu, Dulgeroglu, Gurbaz, Kuyucuoglu, Bezircioglu – lived there.

Kayseri once consisted of four districts- two Armenian and two Greek. The Armenian districts had seven churches, only one survives.

Before 1915 and the Armenian Genocide, Kayseri was surrounded with a number of Armenian villages, with the total of some 50,000 residents. Here Armenians were specializing in various crafts, among them carpet weaving, goldsmith, leather work and trade. Between 1856 and 57 the Gatrchian brothers in Kayseri built the first and biggest textile factory (300 workbenches) with 3,000 employees.

Many residents of this region became victims of partial ethnic purges in 1895, and in 1915 were either killed during the massacre of 1915 or displaced. There is no surviving Armenian community in Kayseri today.

Turksih blog writer Kemal Bozkurty is not surprised about the fact that there is an Armenian church, but not a community.

Today’s Kayseri has a population of one million. It’s Turkish president Abdulla Gul’s birthplace. Turkish authorities make major investments to develop the place, but it continues to be one of the country’s most conservative and closed cities.

Security officers accompanied the Armenian and Turkish reporters in Kayseri. One of the officers, Ali Bei, explained that the reason was an act of terrorism of a few days ago which had led to the death of one policeman, 16 people got hurt.

They accompanied the group of reporters to an old Armenian village, 8-10 km from Kayseri, called Efkere (the name might have derived either from Greek Yevkaria, which means “sacred place” or “sanctity”, or Armenian words hevk arav, which means “to have panted”. St. Gregory the Illuminator, carrying the remains of St. John the Baptist (Surp Garabed in Armenian), is traditionally believed to have become exhausted and rested in this region on his way to Armenia from Caesarea. Climbing the steep hills leading into the village, he panted, hevk arav.)

The village is now populated by Turks, who recall that it was once an Armenian settlement. Shahzineh, one of the village women says her grandfather’s mother was Armenian, and the village itself once served as a summer residence for Armenians.

The village of Efkere was divided into an eastern and western section by a brook. The western portion of the village was almost adjacent to the monastery. Five hundred Armenian households used to live here; the Turkish colony consisted of 50 households. Presently one section holds the current village with its Turkish residents, while right in front of it is the ghost of the Armenian settlement, with only protruding stone foundations left from what used to be “beautiful and durable houses”.

One of the villagers, Huseyn Jomard, takes us to the village’s St Garabed Church which looks more or less well-preserved from the outside, but has its door locked. We are able to enter a hall next to the church. The hall is in ruins and Turkish villagers store dried manure there.

We leave Efkere in the cobwebs of past and present history. When asked why Armenians had left their settlement Turkish residents of Efkere respond with silence that lasts long after their answer.

Unlike Sargis, Caesarea’s only Armenian, or his ancestors, other people were unable to keep living in their homes and left to survive, to not undergo assimilation and become Turkish, not to be converted to Islam, to preserve their Armenian identity.

Sargis beats his breast with his fist and says he is Armenian and knows how to say “Luys bari [good morning], gisher bari [good evening] and the Lord’s Prayer: Our Father, which art in heaven, hallowed be thy name.…”