The plane carrying supplies that were gathered from donors in Armenia and Artsakh under the “Help Your Brother” campaign spearheaded by the Armenian Revolutionary Federation was operated by AIR Armenia company.

Turkish and international media organization reported the plane’s layover in Turkey as a forced landing, but organizers and the Armenian foreign ministry clarified that the landing in Erzerum was agreed to by both sides. 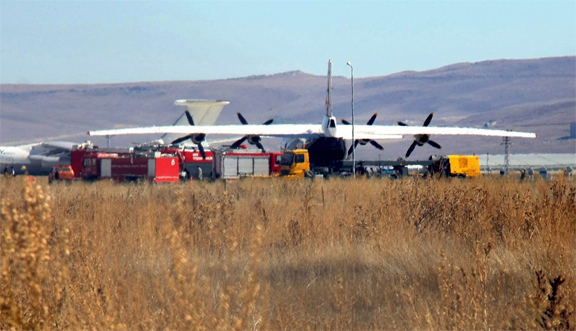 ARF Parliamentary bloc member and coordinator of the “Help Your Brother” campaign Vahan Hovannesian told reporters that the plane was scheduled to be checked in Aintab, but the cargo monitoring was later diverted to Erzerum.

“There was nothing out of the ordinary about the landing in Turkey,” said Hvannesian. Armenian Foreign Ministry spokesperson Tirgan Balayan also confirmed that landing in Turkey was prearranged.

“We received the permission with one precondition: the airplane must land in one of the Turkish airports for cargo search,” said AIR Armenia’s Arsen Avetisyan, adding that the company itself gave consent to landing at Erzurum airport.

While the assistance is a humanitarian effort from the people of Armenia to the people of Syria, the materials that arrived on Monday will be distributed through the Armenian Community Emergency Aid Coordinating Body and the Syrian Red Crescent.