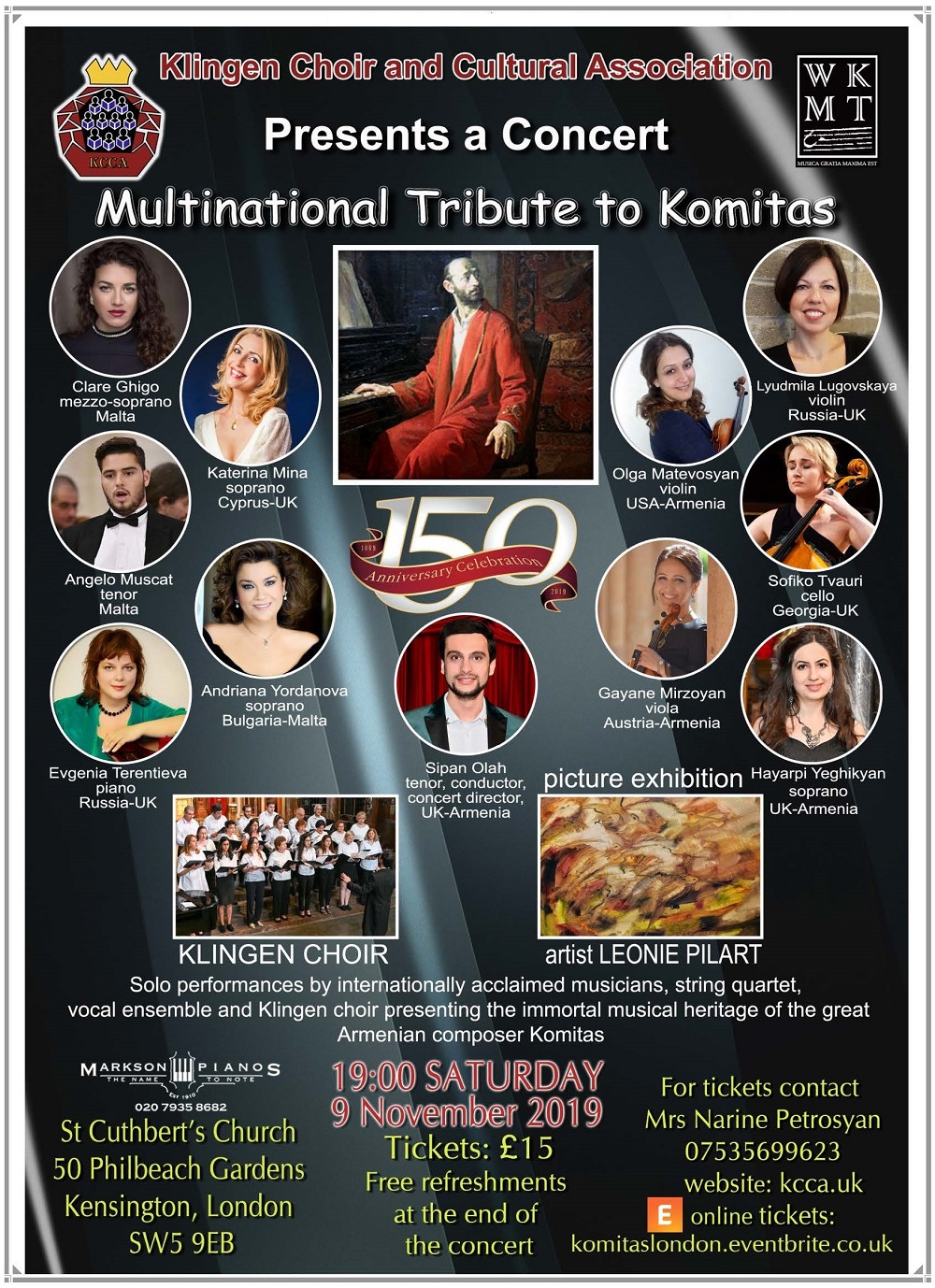 Internationally acclaimed musicians of 8 nationalities residing in 4 different countries are
gathering together for the first time to participate in this concert, play and sing the immortal
music of Komitas.

Komitas is one of the main treasures of Armenian classical music and cultural heritage who noted more than 5000 Armenian folk songs during the second half of the 19th and the beginning of the 20th centuries.

Masterpieces by Komitas, some of which have never been performed in the UK before, will be presented by soloists, a string quartet, a vocal ensemble and the Klingen Choir.

There will be a picture exhibition by the British-Armenian acclaimed artist Leonie Pilart on themes of Komitas.

You will have the chance of enjoying the picture exhibition during the interval. Additionally there will be reception for the guests.