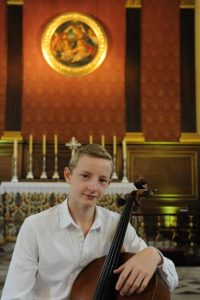 The piece is 20 minutes long and is the central focus of this recital which is being held on 2oth November 2017, in aid of Future Talent, a charity which supports young musicians from low income families.