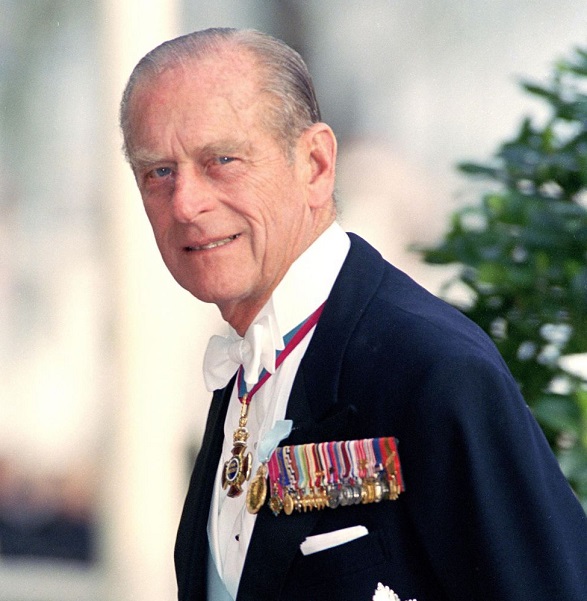 Prince Philip – The Duke of Edinburgh

On behalf of the British Armenian Community, the Armenian Community Council of the United Kingdom wishes to extend sincere condolences to Her Majesty the Queen and the members of the Royal Family for the sad loss of The Prince Philip, Duke of Edinburgh.

His Royal Highness served Her Majesty the Queen and his Country with the deepest devotion and dedication. By his extraordinary progressive outlook to life and his charitable and humanitarian works, he leaves a legacy as a selfless and loyal public figure.

He was most highly loved and respected  not only in the United Kingdom and the Commonwealth, but also throughout the world.

May He Rest in Peace. 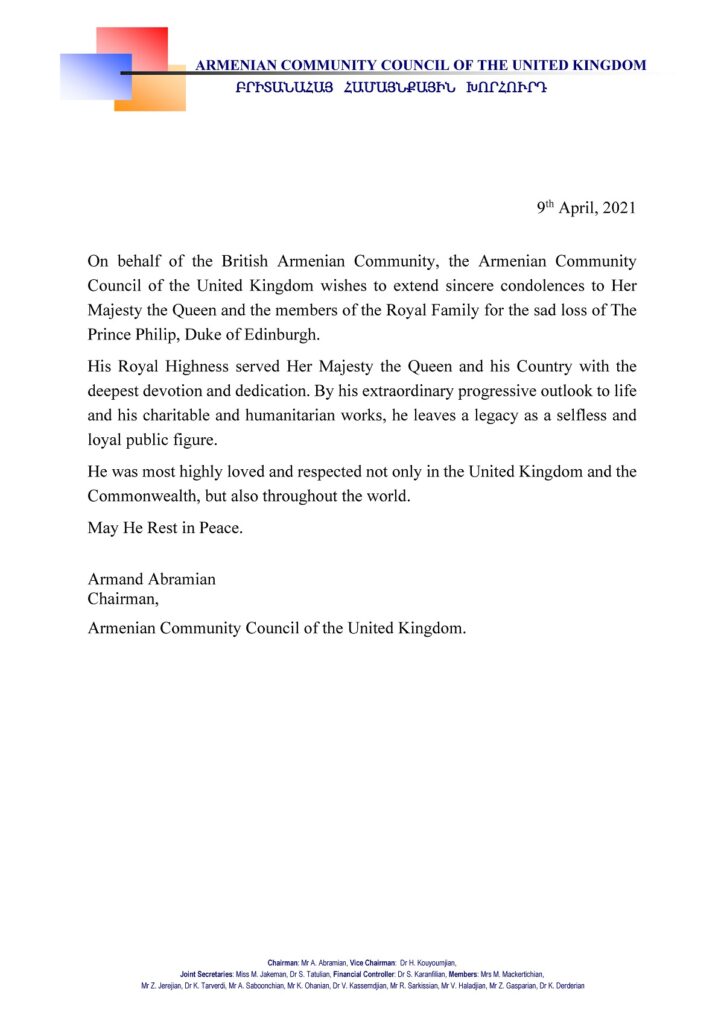