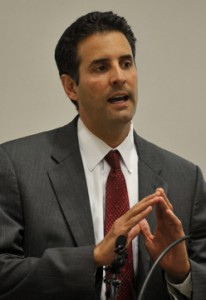 WASHINGTON—The Armenian National Committee of America on Monday welcomed the decision by the U.S. House of Representatives to defeat a watered-down version of a pro-Turkey trade measure, H.R. 2362, that would have, in its non-binding “findings,” highlighted Turkey’s role in investing in American Native tribal areas.

H.R.2362 – The Indian Tribal Trade and Investment Demonstration Project Act of 2011 was initially introduced by Rep. Tom Cole (R-OK) as a means of statutorily limiting foreign trade preferences on Indian tribal lands to only one country, Turkey. Supporters of its adoption, including a broad array of pro-Turkey interests, were forced – in deference to America’s international trade obligations and in the face of opposition from the ANCA and other Armenian American and Hellenic American organizations – to expand their measure to allow all World Trade Organization countries similar opportunities.

The amended version of the measure – which was stripped of most, but not all, of its pro-Turkey language, was defeated today under the “suspension calendar,” typically reserved for non-controversial measures, by a vote of 222 to 160. A two-thirds vote is required for all bills considered under the “suspension calendar.” The final text included pro-Turkey language in its “findings” but not in the operative “resolved” clauses of the measure.

“Officials in Ankara are clearly interested in scoring public relations victories by creating a false impression of solidarity with America’s native populations,” said Aram Hamparian, Executive Director of the ANCA. “However, such transparently cynical efforts do not obscure, and must never be allowed to overshadow, Turkey’s own denial of the Armenian Genocide, oppression of the Kurds, mistreatment of Christians, or occupation of Cyprus. If Turkey wants to support indigenous populations, it should begin by ending its violence, discrimination, and denial of justice to Anatolia’s own native peoples. If it seeks to foster trade, it should start by lifting its economic blockade of Armenia. Anything less is political posturing by Ankara, at the expense of both America’s credibility and – in a very real sense – the prospects for Turkey’s own progress on these vital issues.” 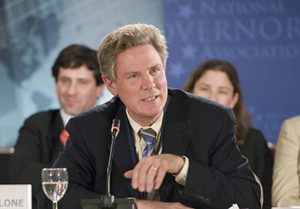 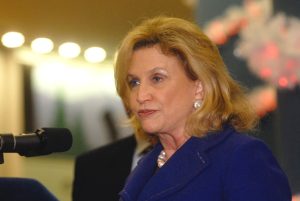 The House and Senate have already passed the HEARTH Act (H.R. 205), which has already accomplished the aims of H.R. 2362 to promote trade and investment on Native American lands without requiring the approval of the Bureau of Indian Affairs. As the Director of the Bureau of Indian Affairs testified before the House in November 2011, H.R.205 “foster[s] the same goals identified in H.R.2362 on a broader scale.” Turkey and other countries have already been granted an expedited route to invest in Native American lands. This bill will not create any new jobs or investment opportunities that have not already been provided by H.R. 205.

By singling out the Republic of Turkey in its findings section, the bill will create confusion around the granting of an actual preference for Turkey during the drafting of regulations or their implementation, should this bill become law. Other nations, including those, such as Canada, which already have leases in place are not mentioned at all, which leaves the impression that Turkey is somehow more deserving of favorable treatment.

3. This measure is morally wrong

The U.S. Congress should not extend special economic benefits to a country that remains an unrepentant perpetrator of genocide against millions of its own indigenous minorities, including Armenians, Greeks, Assyrians, and others. At a time when Turkey continues to oppress its indigenous minorities, confiscates Christian churches and properties, denies the Armenian Genocide and threatens the United States if we merely commemorate this crime, occupies our ally Cyprus, and both threatens and excludes our ally Israel from international initiatives, promoting Turkey in the findings section is misplaced and does not reflect the values of American citizens.

Today, it is criminal to even discuss Turkey’s genocidal policies and these indigenous minorities continue to face persecution in Turkey. The U.S. Commission for International Religious Freedom has documented that the Turkish government’s continued limitations on religious freedom are “threatening the continued vitality and survival of minority religious communities in Turkey.” In its 2012 report, the Commission recommended that Turkey be designated as a “country of particular concern,” along with Iran, Sudan, and Saudi Arabia, due to “the Turkish government’s systematic and egregious limitations on the freedom of religion…” Moreover, just a few weeks ago Turkey ordered the expropriation Mor Gabriel, one of the oldest Christian monasteries in the world.

As Nina Shea, a Commissioner, recently wrote: “Turkey’s Christian minorities struggle to find places in which they can worship, are denied seminaries in which to train future leaders, are barred from wearing clerical garb in public, see the trials of the murderers of their prominent members end with impunity, and, above all, lack the legal right to be recognized as churches so that their members can be assured of their rights to gather freely in sacred spaces for religious marriages, funerals, and baptisms, and otherwise carry out the full practice of their respective religions.”

We do not believe providing trade preferences, even if just implied, to a country that exhibits such a disdain for religious freedom and its minorities, is a message that reflects the values of our country.

4. Turkey prohibits trade with Armenia, a U.S. ally which has tripled its troop deployment to Afghanistan

We should not be providing trade preferences to Turkey, a country that has been blockading landlocked Armenia for nearly twenty years. Close to a quarter of Armenia’s population – has been forced from their homeland over the past decade, largely as a result of the economic dislocation caused by Turkey’s blockade, the last closed border of Europe.