Artsakh and Its Future 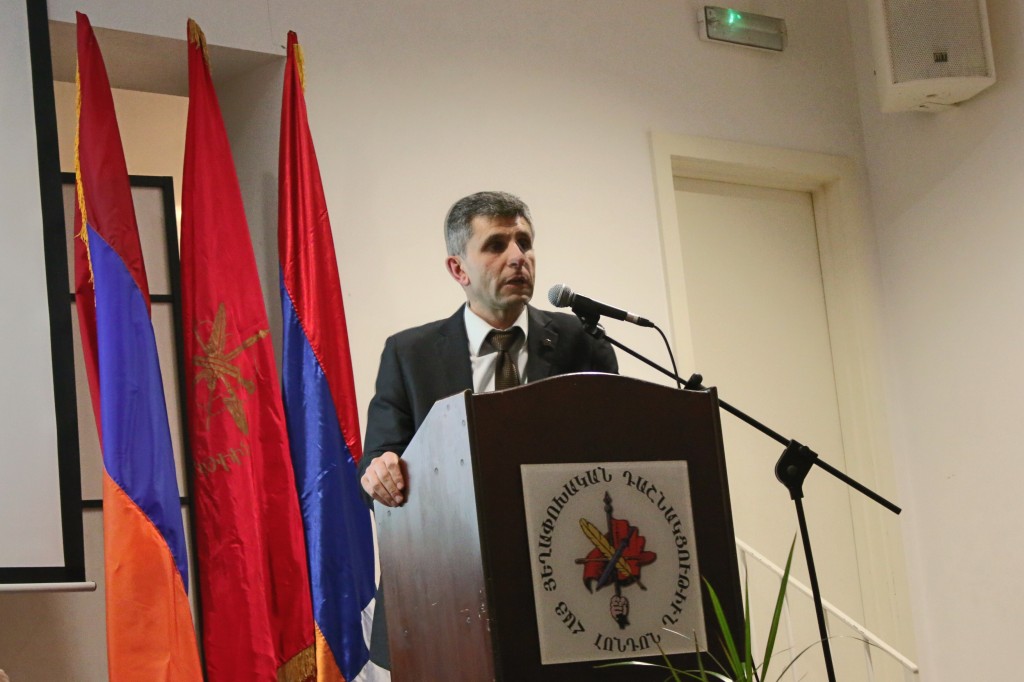 On The 22nd of February Mr. David Ishkanyan, guest speaker from Artsakh, gave lecture on the Liberation Movement in Artsakh and the ARF at Navasartian Hall in London. The lecture was organised by ARF London, packed with members of the Armenian Community, attended by the representatives of the Armenian Embassy in the UK and Father Aren, the Very Reverend of the Armenian Church St. Yegishe  in London. By Hasmik Harutunyan

The evening marked the 124th anniversary of ARF, as Mr. Ishkanyan, member of the ARF bureau in Artsakh, pointed out all anniversaries are occasions to evaluate the past achievements as well as to reflect upon the past hurdles and shortfalls.  Mr. Ishkanyan outlined that the role of ARF has been pivotal in modern history of Artsakh – it would have been impossible to imagine the victory in Nagorno-Karabagh without the ARF participation. Mr. Ishkanyan spoke in detail about the liberation movement in Artsakh leading to the ceasefire in 1994, and the role of ARF in political and economic reorganisation of the newly formed democratic government in Artsakh.

According to the speaker, the peace, however, seems to be fragile, due to the frequent attacks and diversionary maneuvres from the Azerbaijani side. ”We currently live in “no war- no peace” situation in Artsakh”, said the speaker. 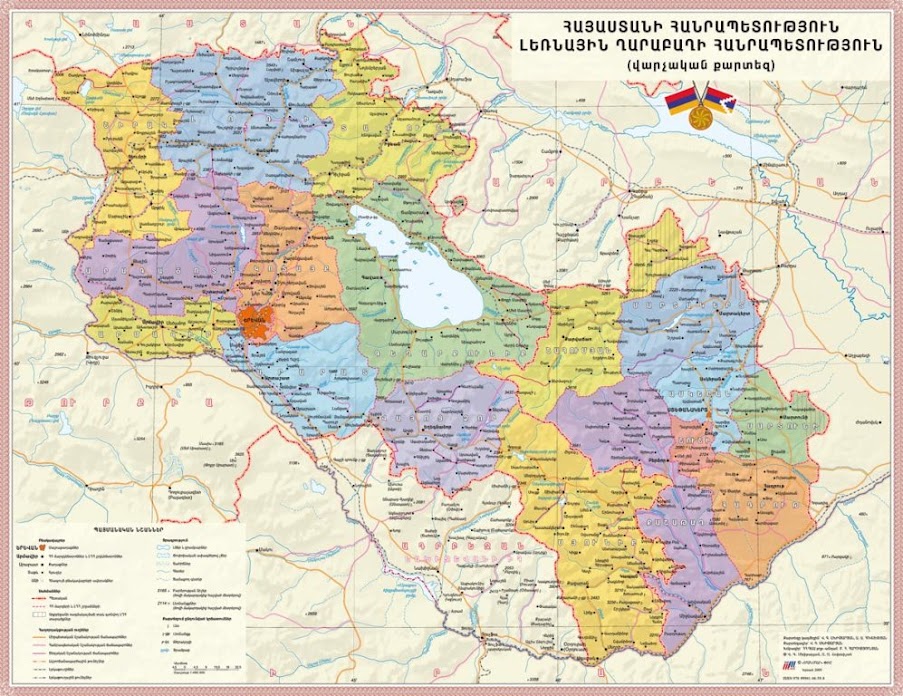 For the government of Nagorno-Karabagh, the emigration of the young people is a major concern, and it does everything in its power to improve the economy as well as the career prospects of the younger generation, so that they can stay and work in the country. The government’s target to triple the population in a decade has not been met, and currently the population has reached 147.000 versus 130.000 in 2000. The economy of Artsakh is improving steadily in several areas: mining, hydro-energy, renewable energies as well as light industries.  The speaker outlined the electricity production in Mardakert: not only Artsakh is self-sufficient but has become exporter of electricity to neighbouring countries. The silk factory has been opened by Italian luxury brand employing over 500 local staff and is expanding. There is also foreign direct investment in carpet manufacturing – the local tradition of manufacturing carpets and rugs of exquisite quality and beauty attracts foreign firms. Government is investing in the infrastructure of roads, communication systems, technology and taxation, so that more foreign companies can open up branches, factories and offices in Artsakh.

The lecture was followed with a lively debate with the audience. Mr. Ishkanyan emphasized that the ARF is working very closely and side by side with the government of Artsakh on political, economic and social housing issues. As a young democracy, Karabagh needs plenty, however the priority in Artsakh has been and remains the peace, the safety and the security of the population. All political decisions both in Armenia and in Artsakh are being made with this top priority in mind.  The lecture was followed by a reception for the 124th anniversary of the creation of ARF in a warm and welcoming atmosphere where the guest speaker and the public continued to exchange ideas.

Artsakh has given birth to numerous heroes not only during the liberation of Artsakh and Armenia, but to prominent heroes of the XIX century Russian Army such as Prince Lazarev, as well as heroes like the pilot Nelson Stepanyan during World War II. With brave military traditions, determination and creativity, Artsakh is showing the seeds of future growth and strengthening alongside Armenia with the crucial support of the Armenian Diaspora worldwide.