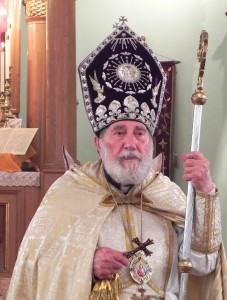 ::
It was with deep sorrow that the Armenian community heard of the passing away yesterday on the 18th of March, 2016, of Archbishop Yeghiche Gizirian, past Primate of the United Kingdom.

Archbishop Gizirian was a dedicated clergyman of the Holy Armenian Apostolic Church and during his term of office as Primate of the Armenian churches in the United Kingdom, he gained the love and deepest respect of the all the members of the British Armenian community by his humility and exemplary life as Spiritual Leader.

Archbishop Gizirian served as Primate of the United Kingdom for eighteen years from 1982 to 2000 when due to his advanced age, he decided to retire and to spend his final years with his niece in Philadelphia, USA. Despite having decided to retire, Archbishop Gizirian very quickly became a very popular and much loved “senior clergyman” to the numerous church parishes within reach of his home town, as far afield as New York, and would very frequently be invited to perform Holy Mass and preach one of his many inspiring sermons.

On behalf of the British Armenian community of the United Kingdom, I extend condolences to his personal family members as well as to his chosen extended family of Members of the Clergy of the Holy Armenian Apostolic Church to which he had dedicated his life.

Archbishop Gizirian was interviewed on YouTube which can be viewed by clicking the following link:
https://m.youtube.com/watch?v=MbJH5v937UM

During the burial service of the late Archbishop there will be prayer service (Հոգեհանգիստ) at
St. Sarkis Church in London March 23rd, at 6:30 pm.

A special In Memoriam event for the late
Archbishop Yeghishe Gizirian will be at
St. Yeghiche Church on Sunday 15th May, 2016. 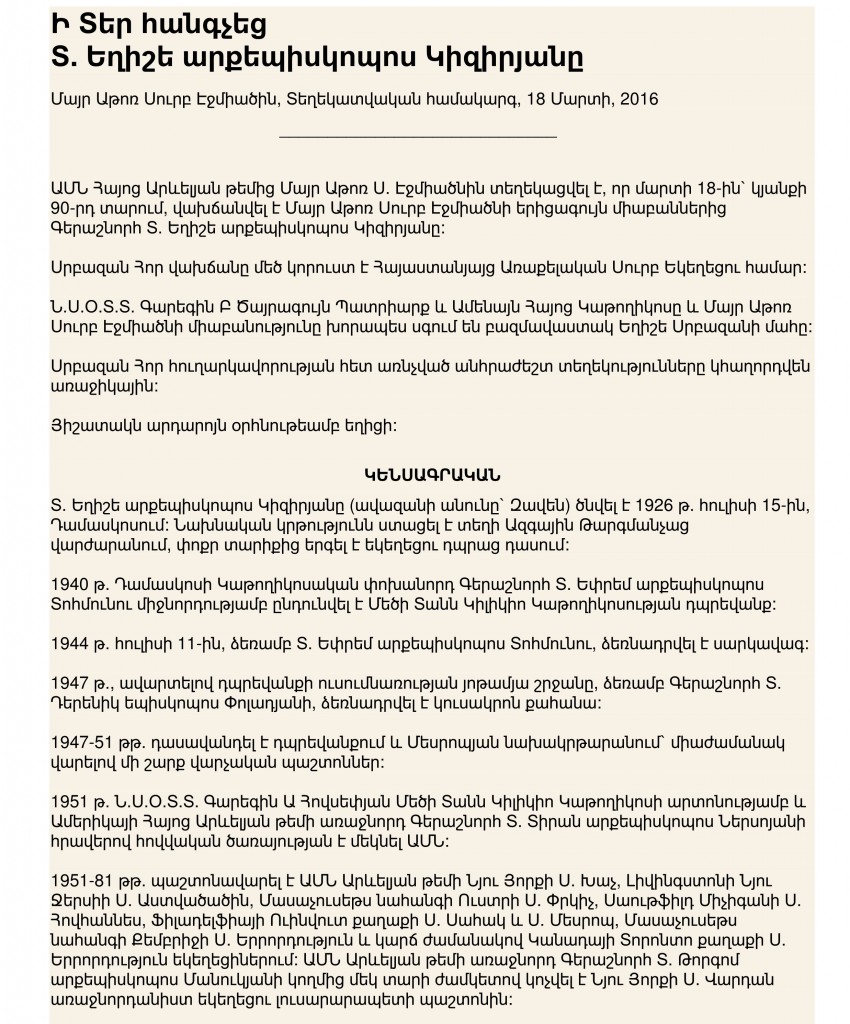 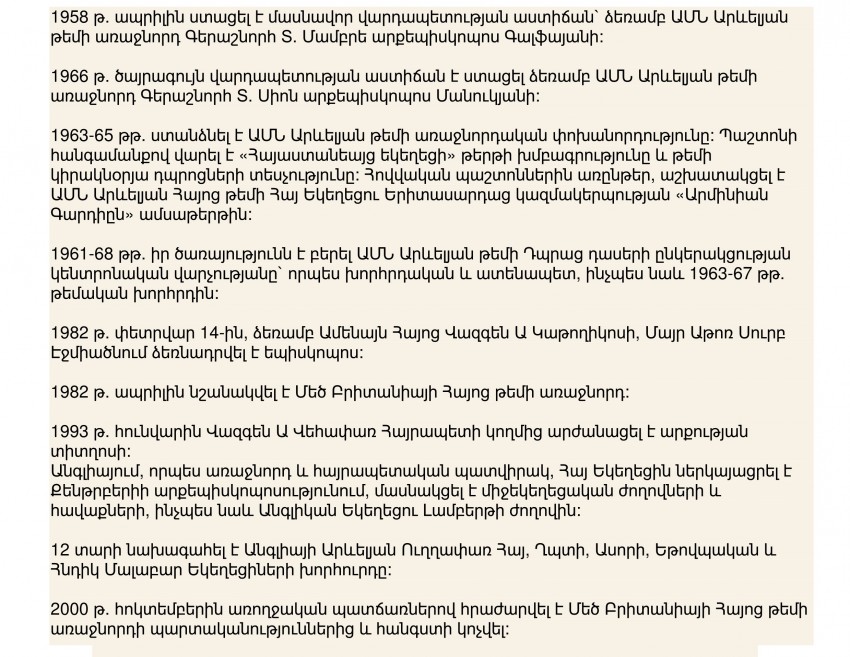